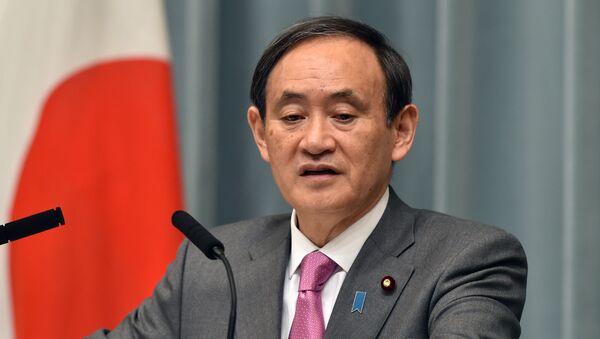 Japanese Chief Cabinet Secretary said that Tokyo expressed protest over South Korea’s video which promotes the use of the name "East Sea" in reference to Sea of Japan.

"Sea of Japan is the only internationally acknowledged name, Japan considers the content of the video unacceptable," Suga said, as quoted by the Kyodo news agency.

On Monday, South Korean Foreign Ministry released the video entitled "East Sea, The Name from the Past, of the Present, and for the Future," which contains the information on the historic roots of the East Sea label. Most notably, the video calls for the use of this name together with the Sea of Japan on geographical references, until an agreement on a common name is reached.

The issue of the body of water’s geographical name is likely to be raised at the session of the International Hydrographic Organization (IHO) Assembly set for April 24-28. One of the goals of the IHO is to seek uniformity in nautical charts and documents.

South Korea has long been trying to persuade the international community to rename the body of water due to fact that "East Sea" is the name which had been used for over 2,000 years before Japan’s occupation of Korean territory in 1910.

Apart from this dispute, the relations between Seoul and Tokyo are soured by a row surrounding the Liancourt Rocks islands, known as Dokdo or Tokto in South Korea and as Takeshima in Japan. The islands, located in the Sea of Japan, have been administered by South Korea since 1954, but Japan disputes Seoul’s sovereignty over the territory.