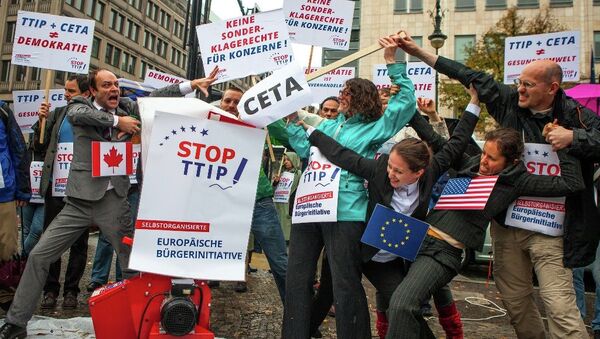 © Flickr / Stop TTIP
Subscribe
International
India
Africa
More than 100 French left-wing politicians have signed a motion demanding the controversial EU-Canada trade deal - CETA - be referred to the country's Constitutional Court over what they say is an issue of sovereignty.