Keep Calm and Blame Russia: 'Was There a Coup Attempt at All' in Montenegro? 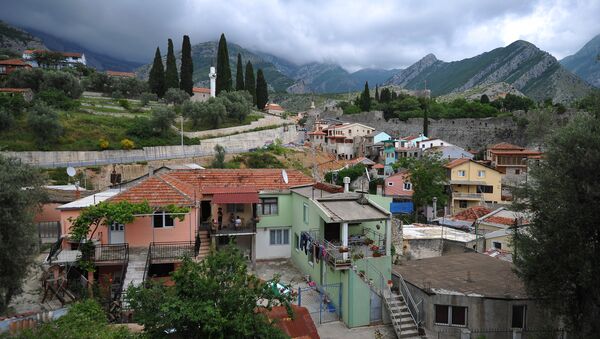 On Monday, Montenegrin Prosecutor Milivoje Katnic claimed that some "Russian state bodies" were allegedly involved in last year's attempted coup in Montenegro in a bid to stop the Balkan country from joining NATO.

According to him, these conclusions are based on the testimony of the defendants in the case and the data of their conversations.

On Sunday, The Telegraph, one of the leading UK newspapers, published an article, citing "senior Whitehall sources," which accused Moscow of plotting to overthrow Montenegro's government by murdering then pro-Western Prime Minister Milo Djukanovic on October 16, 2016 in order to sabotage the country's intention to join NATO.

Will Trump Open the Door to Montenegro's NATO Membership?
Commenting on the matter, Vladimir Kireyev said that the Montenegrin prosecutors' conclusions and information obtained from "friendly" special services regarding Russia's involvement in the Montenegro coup attempt hold no water.

"There is a question mark regarding the impartiality and accuracy of the information they regularly provide. In general, all this is very improbable and absurd and it is not clear how their special services make similar analytical reports," Kireyev said.

He added that Montenegro has no evidence related to its allegations about Russia taking part in the country's coup attempt.

"I'm sure that no evidence will be presented and that they will only announce a few names that were allegedly involved in the coup attempt. But did this attempt happen at all? They will most likely prove nothing and they will go ahead with their allegations that only work for the media," he said.

On October 16, 2016, Montenegro's parliamentary election day, 20 people were detained for planning to conduct attacks targeted both at civilians and senior politicians and to seize the parliament building. Of those detained, 14 were later arrested.

In November 2016, a Montenegrin prosecutor was quoted by the media as alleging that "nationalists from Russia" had planned to overthrow a government.

The Kremlin "categorically" denied the "possibility of official involvement in any attempts to organize illegal actions," adding it had no information about on the issue.

55% of #Montenegro's citizens are against #NATO entry. #Djukanovic invented the Russian plot to justify crackdown on dissent. pic.twitter.com/1DzkU3kBhX

Montenegro was invited to join NATO in December 2015. In May 2016, NATO member states signed a protocol on Montenegro's accession to the Alliance, which gives it the status of an observer at the meetings.

Montenegro Hopes 'Russian Coup Plot' Claims Will Speed NATO Accession
To become a full-fledged bloc's partner, all 28 NATO countries must ratify the accession protocol to include the new member.

Montenegro, a former Yugoslav country of about 620,000 people on the Adriatic Sea, has been ruled by Milo Dukanovic for most of the years since the early 1990s. His Democratic Party of Socialists is the successor to the Communist Leauge, of which he was also a member.

According to an article published in The Independent several years ago, Dukanovic was one of the 20 wealthiest world leaders with a personal fortune of over 10 million GBP ($12.45 million), although the source of his wealth was unknown.