Israel to Bulldoze Palestinian Homes to Build ‘Settlers Only’ Road 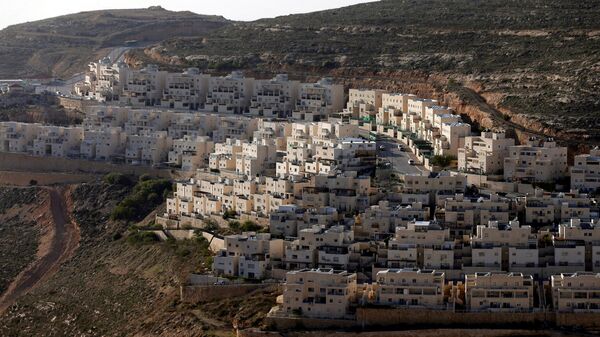 As Israel begins work on its "American road" project in East Jerusalem’s Jabal al-Mukaber area, hundred of Palestinians are on edge, as their homes lie directly in its path.

Part of the larger al-Touq Highway, the road is ostensibly being constructed to connect Israeli settlements north, south, and east of East Jerusalem, and cuts through sections of Jerusalem, joining the Maale Adumim and Har Homa settlements on the West Bank.

The al-Touq Highway, proposed ten years ago by Israel’s municipality planning and construction committee, will, once completed, be 230-feet wide and over 7-miles long.

Roughly 300 acres, encompassing 12 Palestinian neighborhoods in Jabal al-Mukaber, will be confiscated to build the road, which has alarmed residents of Salaa, where construction has already begun.

Salaa resident Mohammad al-Sawahra told Al Jazeera, "We are living in a state of perpetual fear…It's as if we are living in [two different worlds]. In Palestinian areas, it is like living in the third world, while those living in settlements built on the land of Jabal al-Mukaber are offered a life of comfort like first world countries."

Al-Sawahra received a demolition notice for his home last month, adding that, "Now, they want to build a road on the ruins of my home for themselves, as well."

He will be one of some 500 Palestinians living in 57 homes set to be demolished for the 'American Road' project. Raed Basheer, with the Committee of Defence for Jabal al-Mukaber properties, told Al Jazeera, "We were surprised to hear about the project, which will be 32 metres wide, with an additional 32 metres on the sides to allow for the light rail. All of the homes, both old and new, standing in the way of the road, will be demolished."

"In response to this plan,” Basheer said, “we reached out to the Israeli municipality in Jerusalem and managed, with difficulty, to obtain an extension on the house demolition orders for five years, provided that we submit a request every year to extend the demolition orders. But, still, we do not know whether we will be allowed to remain in our homes over the next five years."

The project map reportedly shows the disconnection of roads that link Jerusalem’s Palestinian neighborhoods, cutting residents off from health care facilities and schools, leaving a road only to be used by Israelis.

The plan comes on the heels of a recently-passed and hotly-debated bill that retroactively legalizes thousands of Israeli homes on privately-owned Palestinian land. The "regulation" law has been called "theft' and a "land grab" by the opposition.

About 48,000 Palestinian homes have been demolished since Israel first seized the territories in 1967.