Russian Pilot Fights Fires in Faraway Chile, Regrets He Can't Save Everyone 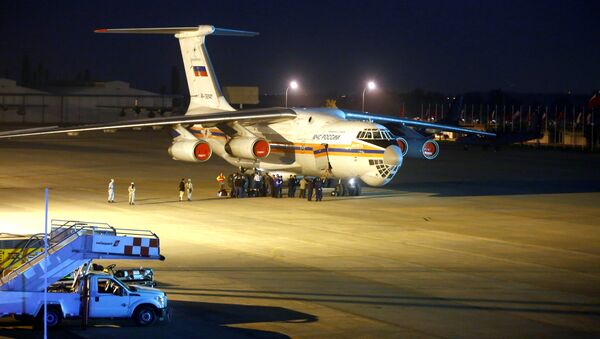 © REUTERS / Stringer
Subscribe
The most horrible thing about fighting a blaze is realizing the fact that you are sometimes unable to save people's lives, Russian pilot Vladislav Podobny told Sputnik Mundo; his Il-76 aircraft is being used to help extinguish forest fires in Chile.

Russian Il-76 Jet Honored in Chile for Coming to Rescue During 'Total Chaos'
Russian pilot Vladislav Podobny's Il-76 plane is affectionately called Luchin by locals in Chile, where he's spending the South American summer putting out devastating wildfires and becoming a folk hero in the process. In an interview with Sputnik Mundo, he shared his thoughts about what it was like to be part of the international effort.

Podobny is deputy commander of an IL-76 aircraft sent by the Russian Emergency Situations Ministry to assist the country in coping with the disaster.

A Chilean company has already released a detergent called Super Luchin, named in honor of Russia's IL-76 that took part in extinguishing forest fires in Chile. 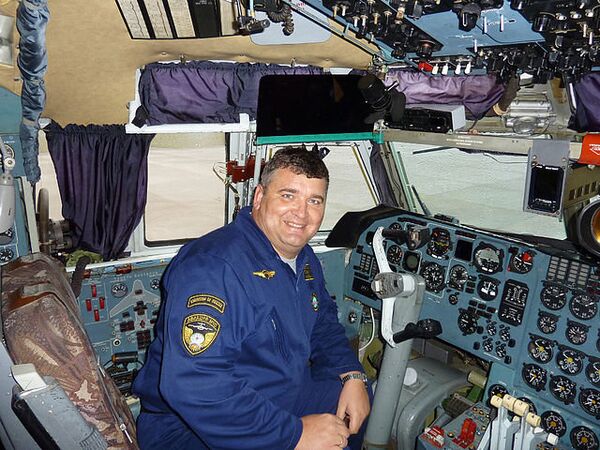 In an interview with Sputnik Mundo, Podobny said that he is already aware of a whole array of memes which emerged in the Internet to give kudos to Russia's Luchin.

"Yes, I have seen the memes and thanks to you I have also learned about the detergent. I would have brought this 5-liter container home as a souvenir but for its big size," he said jokingly.

Touching upon the wildfires, he said that the situation is already under control and that according to his plan, they are due to depart from Chile on February 25 at 20.00 local time. 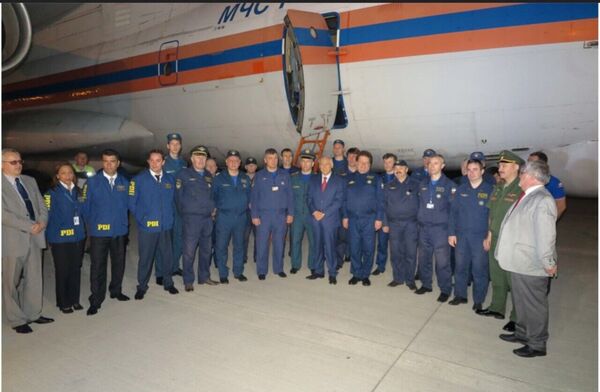 "The situation was horrible late last month, when wildfires showed no signs of abating and a 500 km smoke zone was in place south of the Chilean capital Santiago. It took an international team of firefighters a week to rectify the situation and in the past few weeks we have been in standby mode," Podobny said.

He specifically praised ordinary Chileans' positive and good-natured attitude towards the Russian crew.

"During our day off, we go shopping even though we don't speak Spanish. When we want to buy something we usually say 'no comprendo' (don't understand), and people start to recognize us, smile and mention the word Luchi, Podobny said.

He added that last week, they were invited to the Chilean Foreign Ministry, where they were presented with valuable gifts.

"The Foreign Ministry's building is a 10-minute walk from our hotel, which is why we went there by foot," he said, adding that passersby applauded them as they walked and that "it was very nice."

When asked about what the most frightful thing during a forest fire is, Podobny admitted that it depressed him to know that he is not always able to save people in need of help.

"We try to stick to safety standards when dealing with firefighting, something that specifically bans the aircraft from flying over smoky areas and so on. For me, the most dreadful thing is seeing the fire approaching houses and people and realize the fact that I cannot help them," he said.

In conclusion, he lauded Chile, saying it was "a beautiful country", wishing the Chilean people and the country's government prosperity and patience in order to tackle forest fires "if they occur once again, God forbid."