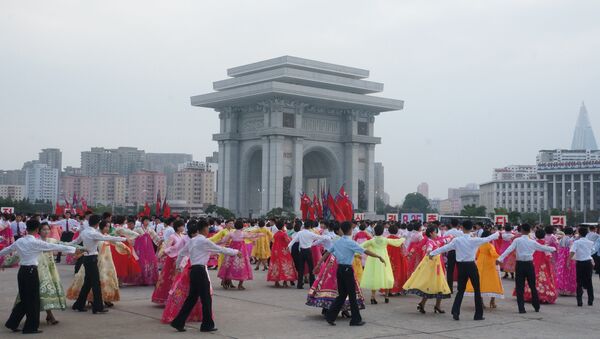 North Korea is one of the most mysterious countries on the planet with a huge tourist demand despite the propaganda surrounding it. Tourists who have been to the country consider it one of the most interesting places in the world.

Sputnik spoke about visiting North Korea with Alejandro Cao de Benos, a special delegate of the Committee for Cultural Relations under the North Korean government.

In 1990 Alejandro Cao de Benos met a Korean family who were living in Spain. Many years later, in 2002, he was appointed special delegate of the Committee for Cultural Relations under the auspices of the North Korean government. 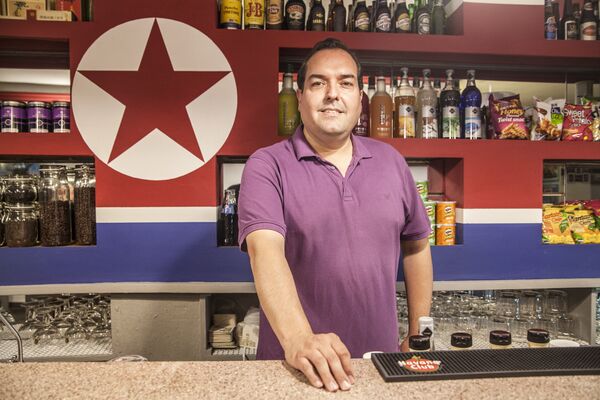 Sputnik met with de Benos in Pyongyang Café of Tarragona in northern Spain, to discuss tourism in North Korea, the best way to visit the country and what to look out for while traveling there.

Speaking about why everyone must visit North Korea at least once in their life, de Benos said, “This is not something that I claim, this claim has been made by the avid travelers who have visited the country and consider it the most interesting in the world. Not only because of the level of monumentality, which is impressive but above all for the sake of its culture which continues to remain untouched by that improper term ‘globalization’.”

North Korea remains untouched by other imperialist cultures. Regardless of the political or social orientation of the traveler, the opportunity to see and contemplate how a socialist country is developing in 2017 is quite fascinating. 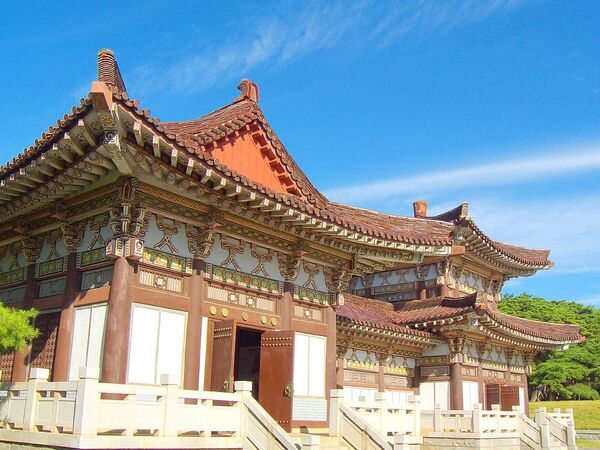 However, when traveling to North Korea tourists have to abide by a number of rules and one of them is that they cannot visit the country alone.

“For tourists there is a rule set by the government and that is that everyone should be accompanied by two tour guides. The two guides replace one another and do everything with the tourist, such as filling all of the permits and engaging with him 24 hours a day. They even take up residence in the same hotel as the tourist,” de Benos said.

It is only when it comes to non-touristic visits and the person coming to North Korea has the assurance of the government that he/she does not need a guide and can safely move around and walk wherever he pleases.

Where to go, what to see

According to de Benos, the country offers plenty of attractions and tourists are usually up and about from 07:00 am till 20:00 pm.

“As a rule, most people want to make full use of their time here. They will visit the most important monuments in the capital: bronze statues at Mansu Hill [monuments of the country's leaders], Juche Tower and the world's largest triumphal arch,” the delegate said. 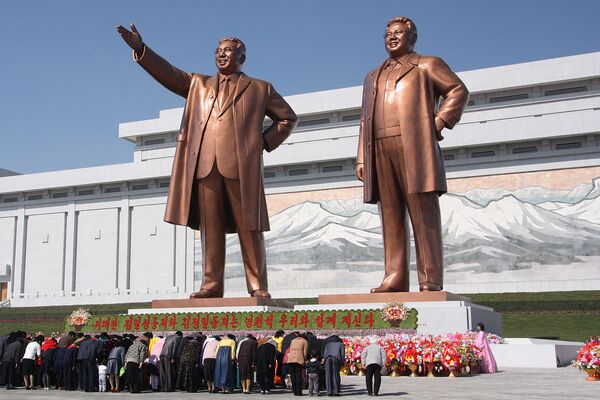 Furthermore, he said that the tourists visit the children's palace where traditional cultural performances take place. The visitors also travel 200 km south to the border with South Korea to visit Panmunjom, which is the demilitarized zone.

The tension between North and South Korea in that zone is electrifying and the presence of US marines facing North Korea is an “incredibly impressive experience.” 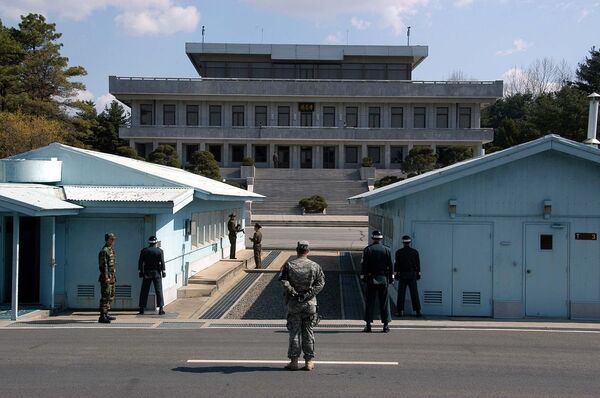 A view from South Korea towards North Korea in the Joint Security Area at Panmunjom. North and South Korean military personnel, as well as a single US soldier, are shown
© Photo : Driedprawns

If the tourists arrive in the summer they can also visit Mount Paektu, the highest mountain in Korea, which is in fact an extinct volcano. It offers a beautiful view of the country’s landscape. 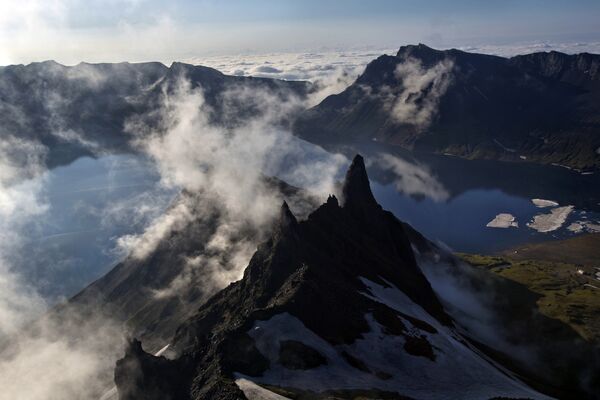 Talking about how traveling to North Korea changes people’s perception about the place, de Benos said that 98% or 99% of the time the image in people’s mind is changed completely.

“People tend to travel to the country with fear because of the exaggerated image [sensationalism] created by many media and some governments,” the delegate said. 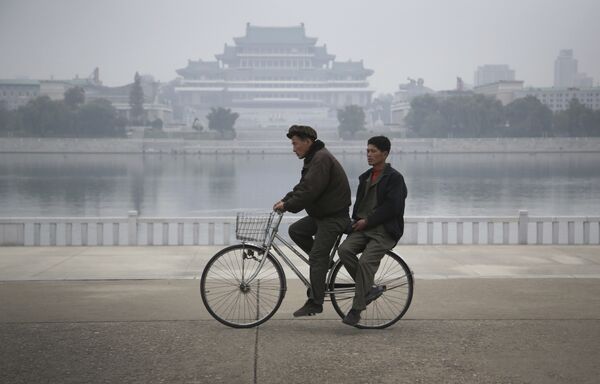 North Korean men ride their bicycle along the Taedong River where the Kim Il Sung Square and the Grand People's Study House are seen on the other side in Pyongyang, North Korea on Sunday, Oct. 16, 2016
© AP Photo / Wong Maye-E

However, when they see the reality with their own eyes, they see that there are no people begging on the streets or prowling through the rubbish.

“They are surprised to see that everyone has everything they need and people are happy,” de Benos said.

Talking about whether the visitors can use internet and social media while staying in North Korea, the delegate said, “Of course! For this, the tourist needs to buy a card for internet access to their mobile phones. (…) This type of connection is quite expensive but it is possible,” the delegate said.

How to visit North Korea?

In order to visit the country, the traveler needs to apply for a visa. That must be done one month before the planned trip.

People from any nationality except those holding a South Korean or a Japanese passport can apply. The Japanese can visit North Korea too but for them a different procedure applies.

“South Koreans cannot visit the country because we are officially in a state of conflict, so bilateral relations are absent. People of the countries with which we have no diplomatic relations, such as Israel or the United States can also easily apply to visit North Korea,” de Benos said.

The visa process requires a passport, two photos, a short application form which asks for the applicant's address, e-mail and some personal information. The tourist must specify what they want to see in the country and provide a tour program. According to the delegate this is a very simple process.

Costs of the trip

The cost depends on the number of people visiting North Korea. If a person is going on an individual journey for one week he will have to pay for transport, the driver, two guides, interpreters, tips, etc. so the cost can reach about 2,800 or 3,000 euros for all inclusive accommodation in a 4-star hotel.

However, the cost can be reduced to 1,300 or 1,400 euros depending on the number of tourists in the group. For example, starting from 15 tourists the tour group is provided with a charter bus and all expenses are equally divided among the guests.

Things to take back home from North Korea

There is lots of interest in souvenirs from North Korea and these typically include postcards with political propaganda posters, t-shirts depicting the country’s flag and stamps.

When in the country, the tourists aren’t allowed to move alone without notifying the guide. They cannot leave the hotel if the guide has not given permission to do so.

Similarly, tourists are not allowed to photograph military installations and military personnel without their permission.

“It is necessary to maintain respect for the country, our leaders and our government and not to get involved in mass propaganda. There are certain people who believe that their way is illuminated by God himself and they bring thousands of Bibles or thousands of propaganda leaflets… that is not allowed. You can bring any literature but only for personal use. These are all the restrictions there are in general,” de Benos concluded.