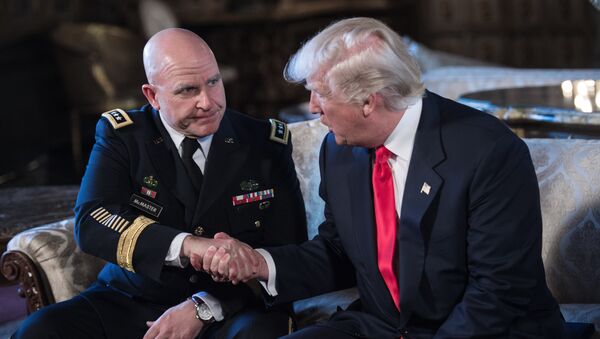 Herbert Raymond McMaster has been picked as national security adviser by US President Donald Trump.

"As a man of tremendous talent and tremendous experience … he is highly respected by everybody in the military and we’re very honored to have him," the president said.

Lt. Gen. McMaster will take over as the director of the National Security Council, while Lt. Gen. Keith Kellogg will remain the council's chief of staff.

Announcing that Kellogg will hold on to his job, Trump said that, "I think that combination is something very, very special."

McMaster thanked the president, saying it was "a privilege to continue serving our nation."

The appointment comes a week after Lt. Gen. Michael Flynn resigned over media reports that he inadvertently briefed Vice President Michael Pence and other White House officials with incomplete information about his phone conversations with the Russian ambassador to the United States before Donald Trump's inauguration.