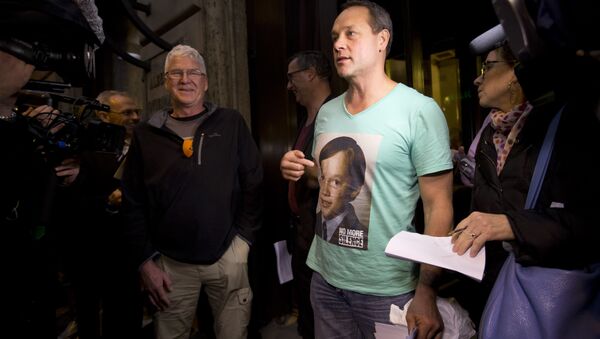 The Australian Catholic church’s body Catholic Professional Standards (CPS) will have the right to refrain from publishing its auditory reports, according to the Royal Commission into Institutional Responses to Child Sexual Abuse.

Catholic Church Relies on 'Secrecy and Resistance' to Scare Sex Abuse Victims
MOSCOW (Sputnik) – The Australian Catholic church’s body Catholic Professional Standards (CPS) aimed at examining the church’s approach to child abuse in the country will have the right to refrain from publishing its auditory reports, the Royal Commission into Institutional Responses to Child Sexual Abuse found out Monday, as cited by the media.

The draft version of the body’s constitution is expected to specify cases when audits are allowed to be kept secret, namely reports containing information on children or vulnerable adults’ so-called "church contacts," inaccurate reports and those threatening public safety will fall into the category of those audits that can be withheld from public, the commission learned at the hearing, according to the Guardian newspaper.

The chair of the church’s Truth, Justice and Healing Council, Neville Owen, said "the teeth in this system is public reporting," and the CPS had never planned to resist publishing the audits, the newspaper added.

Pope Apologizes for Church Abuses Committed Against Indigenous Peoples
The Royal Commission hearing is expected to resume on Tuesday.

The Royal Commission into Institutional Responses to Child Sexual Abuse was established in 2013 after a scandal surrounding cases of child sexual abuse in the religious institutions of Australia erupted in the previous year.