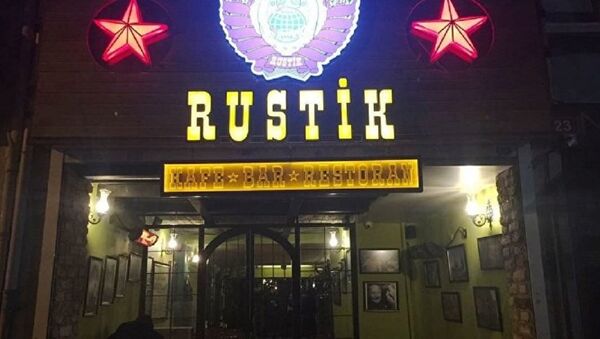 © Sputnik / TUGBA BOLAT
Subscribe
International
India
Africa
In Istanbul's Beyoğlu district, there is a place called Rustik Cafe, which is an oasis of Russian culture, food and history in the Turkish metropolis. It was opened in 2015 by Erdem Bektas. Sputnik Turkey spoke with the owner to find out why he had decided to set up in the heart of Istanbul.

Upon entering the Rustik café one is transferred into an atmosphere of Russian culture and history. The walls are covered with posters and pictures from famous Russian films, such as “Irony of Fate” and “The Quiet Don.” 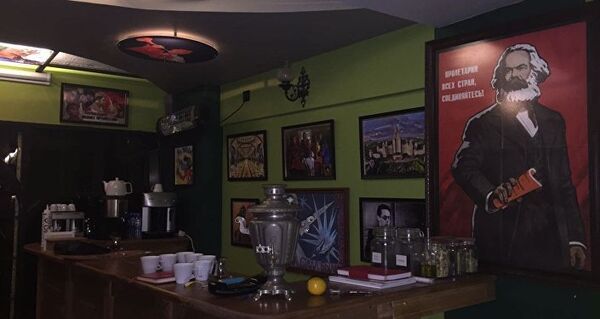 The guest of the café can also see some interesting Russian cultural items displayed on the shelves. Among these are hats and overcoats which were worn by Soviet army soldiers. There are rare posters, toys and other objects of everyday Russian life.

In an interview with the owner of the café, Erdem Bektas, Sputnik Turkey found out that the Turk fell in love with Russian culture when he was studying and living there for six years.

“Over the years that I have lived in Russia, Russian culture has had a great influence on me. Therefore, after returning home I wanted to feel it around me here in Turkey. 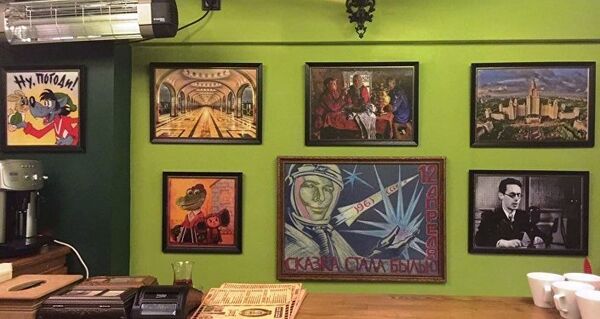 In fact, by opening this cafe, I realized my dream, which was to listen to Russian music in the place where I lived, to acquaint people with the dishes of this cuisine and to show them the exhibits from my collection,” Bektas told Sputnik.

According to the owner in the beginning when the café was first opened it was not purely Russian as only the decor and music belonged to the Soviet and Russian period.

“From the Russian cuisine we only had borsch soup and Kiev chicken cutlets. The menu consisted mostly of Turkish and continental cuisines. But over time, the visitors who came to us wanted to try the menu solely consisting of Russian cuisine. Thus, a menu was formed by the guests themselves,” the owner said.

He added that 80% of the café guests are originally from Russia, so the aim was to satisfy their tastes. Turkish visitors also enjoyed the food and the ambience. 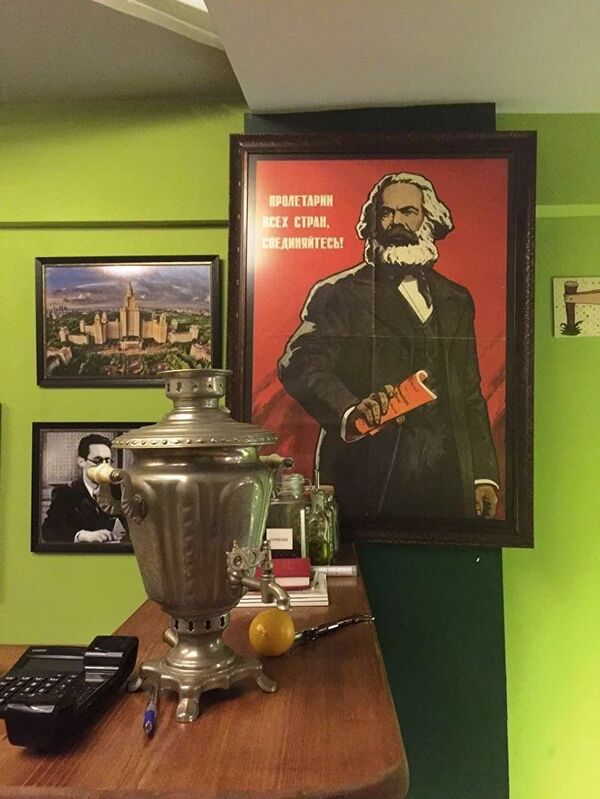 Bektas explained that the Rustik café promotes the formation of a new perception of Russia in the Turkish society.

“Many Russians, who have come to Istanbul, have met each other here. The place is also popular with Turkish students who study the Russian language and literature and want to get acquainted with Russian culture more deeply,” Bektas said.

He further said that many visitors told him that before visiting the cafe they did not know Russian and Soviet culture so well and did not think that Russian culture, architecture and cuisine is so rich and multifaceted.

“So, we can say that our café creates in us, the Turks, a new perception of Russia,” the owner said.

Talking about what do people order the most when they come to the café, Bektas said that they order Russian soup borsch, as it is very popular with the Turks. Whereas, Russians prefer to order solyanka [dish made with cabbage and sausages], beef stroganoff and dumplings with mushrooms and potatoes.

He also noted that immigrants from Russia who live in Istanbul come to the Rustik cafe in large groups to celebrate different Russian holidays, such as the 8th of March, New Year, Easter, May 9, Day of Cosmonautics etc.

According to Bektas, soon his cafe plans to hold an evening in the memory of those people who were killed in the crash of the Russian Tu-154 airplane in the Black Sea.