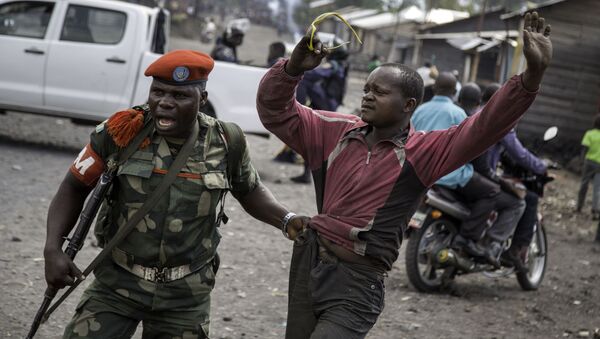 Twenty-five civilians were killed, most beheaded, in an ethnic attack in eastern Democratic Republic of Congo.

The Mai-Mai Mazembe militia perpetrated the violence against Hutus in and around the village of Kyaghala, a majority-Hutu area, Francis Bakundakabo, the local representative of the governor of North Kivu province, told AFP.

Over 100 People Killed in Clashes Between Army, Militia in DR Congo on Feb. 9-13

The Mai-Mai Mazembe militia, which killed 30 civilians in November, is made up of members of the Congo's Nande, Hunde and Kobo communities. It is only one of many such groups operating in the country, particularly in North and South Kivu provinces.

"This raid by the Mai-Mai Mazembe in the Hutu village will inflame the inter-ethnic conflict in the region," he said.

Dozens of civilians have been killed in ethnic clashes in eastern Congo DRC over the past year. Conflict has never really died down in the region in the 20 years since hundreds of thousands of ethnic Hutus poured over the border from Rwanda, fleeing the genocide in that country.