US Should Respect Russia as Major Power - Ex-Homeland Security Chief 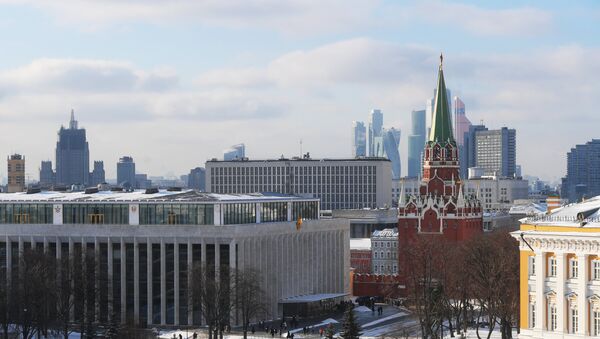 © Sputnik / Grigoriy Sisoev
/
Go to the mediabank
Subscribe
International
India
Africa
The US should be respectful of a role that Russia plays as a major power. However, given different goals, the two countries are unable to cooperate in certain areas, former US Secretary of Homeland Security Michael Chertoff told Sputnik on the sidelines of the Munich Security Conference.

MUNICH (Sputnik) — Earlier in the day, US Vice President Mike Pence, when speaking in Munich, said Trump believed that Washington and Moscow could find new areas of shared interests.

"I think that the US should show respect to Russia as a major power, there is no doubt about that. There is no reason to have unnecessary disrespect but I think that fundamental values and issues are not going to be a question of personal sympathy or a question of personality, whether [US President Donald] Trump personally wants to work with Russia or not, but based on more substantial platform," Chertoff, who is also the executive chairman of the Chertoff Group advisory firm, said.

He underlined that statements of the current US administration, made in Munich, meant that "there are may be some areas where there is a mutual agreement that cooperation is needed but there are also other areas where this joint work is not possible."

Chertoff underlined that the US secretary of defense was realistic when talking about military cooperation between Russia and the United States.

"It is not a realistic prospect, given very different goals of the two countries," he added.

However, on Friday, US Department of Defense spokesperson Jeff Davis said the United States still saw many obstacles on the way to the restoration of military-to-military relations with Russia.