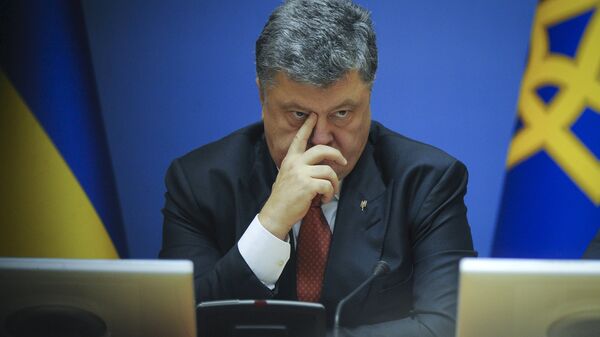 Kiev has got only itself to blame for escalating tensions with the self-proclaimed Donetsk People's Republic (DPR) and Lugansk People's Republic (LPR), Russian political analyst Oleg Ignatov told Radio Sputnik commenting on the Donbass blockade. It seems that the situation is spinning out of Poroshenko's control.

What is worse, it seems the political situation in Ukraine is spinning out of Petro Poroshenko's control.

In late December 2016, the so-called Ukrainian volunteer fighters group exerted a trade and economic blockade of the breakaway republics of Donetsk and Lugansk.

However, the controversial initiative on the part of nationalist battalions has backfired on Kiev: the breakaway Donbass regions used to supply anthracite coal used to produce heat and energy in Ukraine.

On Monday the Petro Poroshenko Bloc party called upon the Ukrainian leader to urgently convene a session of the National Security Council to "discuss the halt of the unlawful blocking of railways in Donetsk and Lugansk regions."

The party's press release said that "the economic blockade undermines the military efficiency of our state [Ukraine] and has disastrous consequences for the economy and the social sphere."

ICRC Insists on 'Safety Zones' in Donbass Under Neutral Intermediary - President
For his part, Ukrainian Energy Minister Ihor Nasalyk warned Monday that reserves of coal for Ukraine's power plants will be depleted in between 14-45 days.

On Wednesday Kiev approved the introduction of a state of emergency in the country's energy sector.

The next day Poroshenko condemned the blockade stressing that it could lead to the loss of up to $2 billion in foreign currency earnings.

"Due to the blocking of… coal deliveries a threat appeared that Sumy, Kramatorsk, the left bank of Kiev and many other cities can remain without heating. Ukrainian metallurgy, if the blockade is not stopped… could lose up to 300,000 jobs," the Ukrainian president said. 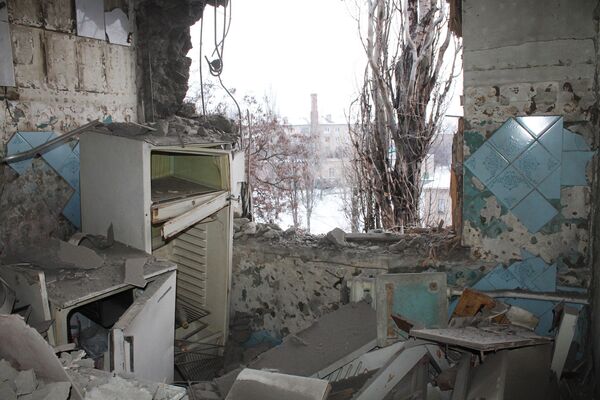 Why Poroshenko Became a 'Wolf in Sheep's Clothing' in the Eyes of EU
Moreover, Parasiuk claimed that Kiev's warnings were nothing but an attempt to intimidate Ukrainians and said that he would seize Ukrainian power plants if they halted work over a lack of coal.

While Kiev is struggling to overcome the looming energy crisis, local residents who lost their job due to the blockade in eastern Ukraine started joining the DPR and LPR's militias.

According to Ignatov, it is the Ukrainian leadership who pushed Donbass civilians toward the confrontation and deepened the abyss between Kiev and the breakaway regions.

"When people lose their livelihood they use all possible means [to survive]. They have no alternative but to join the militia. Thus, Kiev's policy multiplies the number of people who take up arms against it," Ignatov told Radio Sputnik. 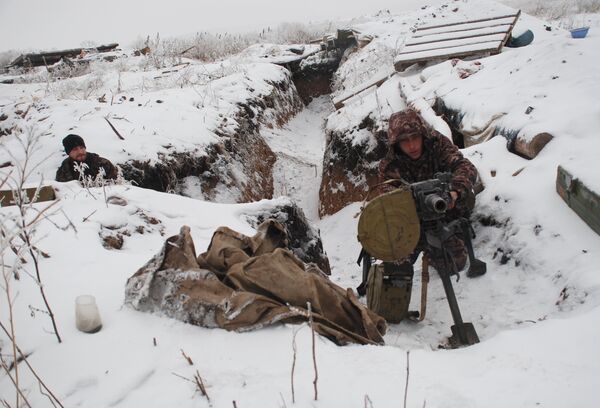 "Ukraine has shot itself in the foot: it has erected a wall that prevents Donbass from re-joining the country. This is the result of [Kiev's] policy, willful policy," Ignatov underscored.

The Russian political analyst believes that ordinary Ukrainians are tired of war; many people across the country want to return to normal life.

Meanwhile, Poroshenko and his entourage have found themselves in an awkward position, Ignatove remarked.

The problem is that the blockade has coincided with the third anniversary of the so-called Euromaindan revolution.

"With regard to the blockade, there is one uncomfortable moment for Poroshenko. Next week the country will commemorate the third anniversary of the Maidan [revolution]. And here is the blockade [created by Ukrainian nationalists]. Poroshenko faces a difficult political dilemma. Let's see how he will tackle it," Ignatov told Radio Sputnik.

Over 200,000 people are expected to take part in mass demonstrations that will take place starting February 18-20 in central Kiev's Independence Square. The event will mark three years since legitimately elected former Ukrainian president Viktor Yanukovych was toppled by his political opponents.