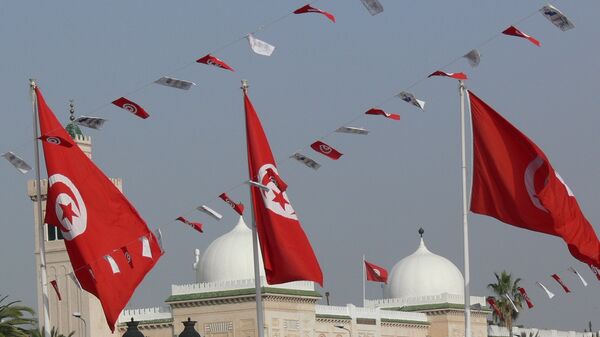 US President Donald Trump discussed with Tunisian President Beji Caid Essebsi on Friday the country's democratic transition and counterterrorism partnership between the nations.

WASHINGTON (Sputnik) — Trump and Essebsi discussed over the telephone on Friday security and counterterrorism matters, the White House said in a press release.

"President Donald J. Trump spoke today with President Beji Caid Essebsi of Tunisia to discuss Tunisia’s democratic transition and our counterterrorism partnership," the release stated. "The two leaders also discussed the terrorist threats that Tunisia is facing and the importance of counterterrorism cooperation."

Tunisia Denies US' Use of Base to Operate Anti-Daesh Drone Missions in Libya
Trump praised Tunisia’s success at maintaining stability as it continues democratic transitions more than six years after the revolution in January 2011, the release stated.

Moreover, Daesh-affiliated gunmen has conducted several major attacks in Tunisia in the course of the recent years, and the country has had difficulty keeping militants coming from Libya at bay.