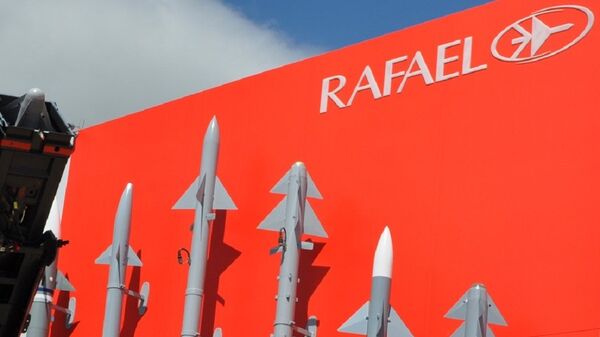 Asia
India Advances Talks on Missile Sale to Vietnam Despite China's Caution
The author writes, citing information provided by the Stockholm-based International Peace Research Institute, that an unspecified number of Python-5 missiles have been supplied to Vietnam for use by the country’s Israeli-made Spyder-SR short and medium range mobile air defense system, and that some of these missiles can be installed on Soviet and Russian made warplanes.

In an interview with Sputnik, Moscow-based military expert and a seasoned Air Force pilot Makar Aksyonenko said that even though the Pytnon-5 missile is a versatile weapon currently used by missile defense systems and Israeli F-15, F-16 and Kfir fighter jets, it’s characteristics are equal to the R-73 missiles found on the Su-27 and Su-30 [planes and notably inferior to Russia’s latest R-73M and R-74 missiles.

“The R-73M heat-seeking missile has greater range and can ‘see’ targets to 60° off the missile’s centerline. It can also be backward fired at an enemy plane attacking from behind and targeted by a helmet-mounted sight allowing pilots to designate targets by looking at them, which is vital during highly maneuverable dogfights,” he said.

“This means that the Israeli missile is in no way better than ours,” Aksyonenko added.

He also mentioned the problems that could arise when adapting foreign-made missiles for use on the Sukhoi fighters.

“Any unauthorized use of non-standard weapons on Su-27/30 fighters, and attempts to upgrade them is fraught with serious breakups and the manufacturer’s refusal to service them any further.”

'Second to None': Why Vietnam Prefers Russian Weapons to Their Foreign Analogues
Makar Aksyonenko noted that maximum reliance on standard-issue weapons and their latest versions used in Russia would be the best way to go.

“In a word, any attempts to arm Su planes with foreign-made weapons are just a waste of money with very questionable results. This would hardly help improve the combat capability of the Vietnamese Air Force,” he emphasized.