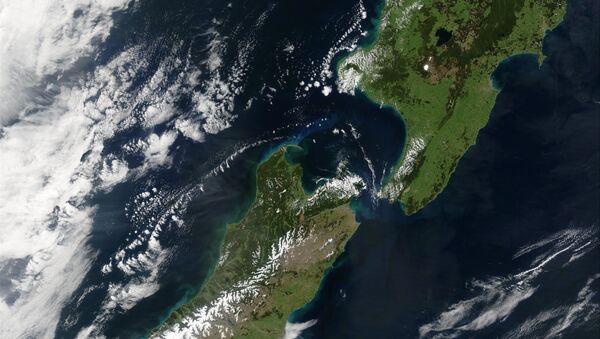 © NASA
Subscribe
The waters of the south-west Pacific are hiding the long-overlooked continent of Zealandia, a team of geologists from New Zealand, Australia and New Caledonia have concluded.

The continent is as big as India or the entire of Europe: its total land area is about five million square kilometers, according to the researchers. Now, for the most part, it is 94 percent submerged underwater, while the islands of New Caledonia and New Zealand's North and South Islands make up the above-water elements of the continent. 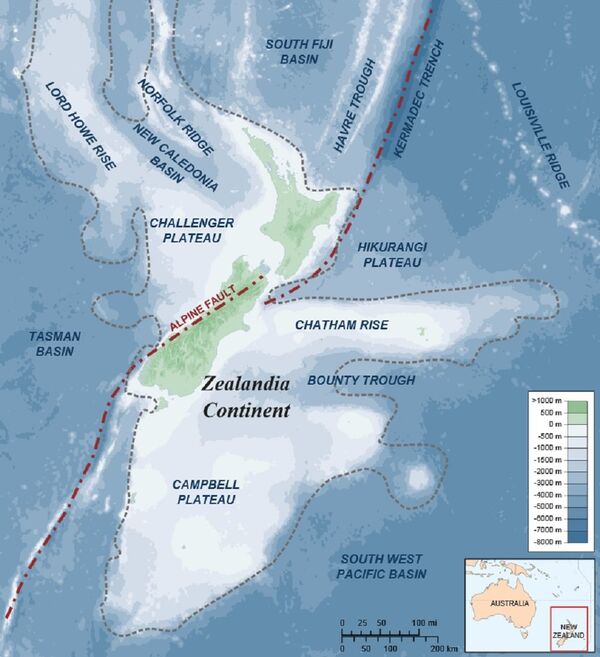 Alps May Lose 70% of Snow Cover by End of 21st Century
Back in the 19th and 20th centuries, scientists collected data indicating that New Zealand was a fragment of the continental crust. But only now a team led by Nick Mortimer, a geologist at GNS Science (New Zealand Crown Research Institute), have analyzed the results of previous studies and concluded that Zealandia actually exists.

The authors of the study, published in GSA, backed their findings with satellite observations and the results of gravimetry in particular. Gravimetry is the measurement of the strength of a gravitational field, according to which Zealandia consists of continental crust, rather than oceanic crust or volcanic rocks.

Finding Nefertiti: Tut's Tomb Examined Again in Search of Queen's Secret Chamber
Zealandia once made up about 5% of the area of Gondwana, an ancient supercontinent that is believed to once include modern-day Antarctica, South America, Africa, Madagascar and Australia, as well as the Arabian Peninsula and India. According to the scientists, Zealandia began to break away from Gondwana about 100 million years ago. This led to its deformation and thinning, resulting in a large part of the continent to sink under water.

The geologists proposed to recognize Zealandia as a continent, along with Europe, Asia, Africa, Australia, Antarctica, North America and South America.