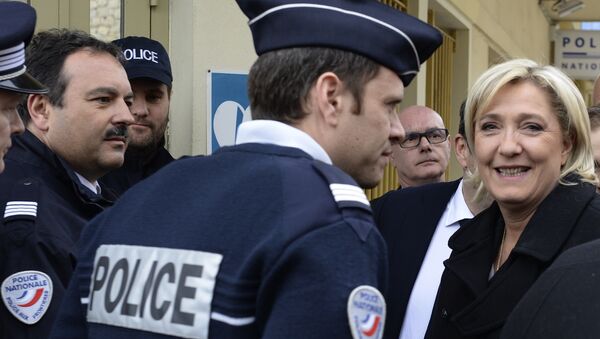 The anti-fraud office began investigating Le Pen's retinue of paid assistants in June 2014, suspecting many of the posts violated parliamentary rules, and others were simply "fake jobs."

It found that in October 2011, Le Pen signed bodyguard Thierry Legier to a three-month contract. Despite being a part-time role, Legier received €7,237 (US$7708) net per month. OLAF determined the salary to be "extremely high" and thus, suspicious.

Under questioning, Le Pen admitted to investigators she had not in fact even employed Legier during those three months, but the payment been requested to "rectify earlier salaries and charges spending" that had not been paid by the European Parliament.

Le Pen's defenses weren't accepted by the body, which concluded her conduct constituted a "misappropriation of funds, or fraud and use of fraud."

While OLAF are yet to confirm whether Louis Aliot, Le Pen's partner and now an MEP, and Florian Philippot, an MEP and the party's deputy leader, were likewise unduly paid by Le Pen's office before their election in 2014, their report has bene handed to French judges. The cost to the European Parliament of Legier and Griset's fake contracts amounted to €336,146 (US$358,022). The money is to be recovered from Le Pen's MEP's salary this month. MEPs currently earn around €100,000 (US$106,508) annually.

Le Pen's lawyer has lashed out at the charges, dubbing them "balderdash"; Le Pen herself has said she will not repay Parliament, calling the investigation "persecution" and a "unilateral decision taken by political opponents."

The news comes as Le Pen further entrenches herself as favorite in the first round of presidential voting. An opinion poll published on February 16 placed Le Pen at 26 percent, a firm first place and far ahead of next-placed candidate Emmanuel Macron, on 19.5 percent. 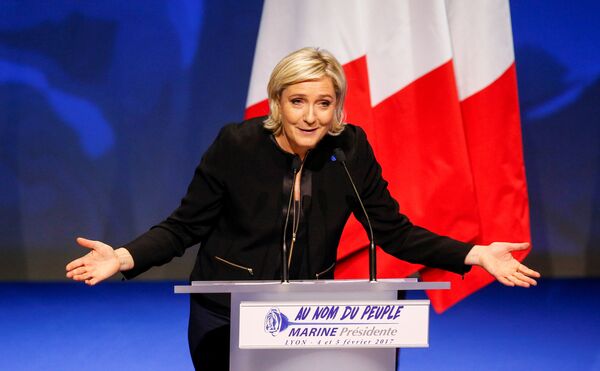 Le Pen is not the only French presidential hopeful whose candidacy has been mired in allegations of fraud. Republican Francois Fillon has been the subject of an investigation over allegations his wife and children received around €1 million (US$1,07m) in public funds while working in fake jobs as parliamentary aides and assistants. The same poll indicates Fillon's support stands at 18.5 percent, suggesting the controversy has barely damaged his standing with the public.

Scandals surrounding MEP expenses payments made to family members are nothing new, either. Between 2006 and 2014, when a ban on the practice entered into force, Nigel Farage employed his wife as his assistant. After the ban became effective, she was not long out of a job — UKIP MEP Raymond Finch hired her as his assistant.

Transparency International has called for this loophole to be illegalized too.