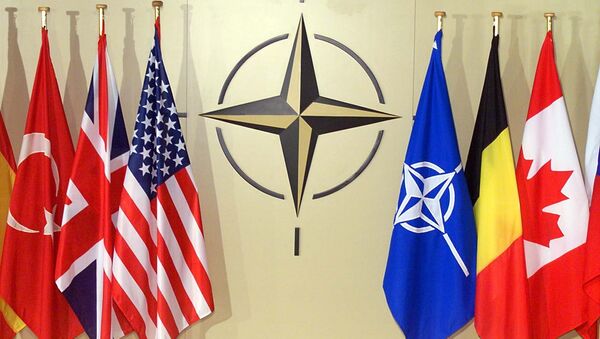 © AFP 2022 / OLIVIER MORIN
Subscribe
NATO has received a formal request from Libya for expertise and advice in establishment of defense and security institutions and will consider it, NATO Secretary General Jens Stoltenberg said Thursday.

UN Alarmed by Reports of Military Forces' Attempts to Derail Libya Peace Process
MOSCOW (Sputnik) – After in 2011 Libyan leader Muammar Gaddafi was toppled and killed the country has been plunged in a deep crisis. The country is currently ruled by two governments, by a nation-wide elected parliament in Tobruk, in eastern Libya, and by the General National Congress in Tripoli. At the same time, some parts of the country are not controlled by the government as they are seized by armed groups, including Daesh.

"Last night I received a formal request from Libyan Prime Minister Fayez al-Sarraj requesting NATO’s advice and expertise in the field of defenseand security institution-building … this request has now been received in the North Atlantic Council we’ll discuss how to take it forward as soon as possible."