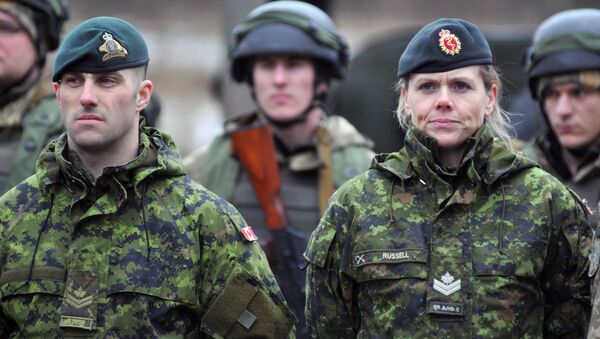 "There is strong, multi-party support in Canada for efforts to continue to help develop and deliver military training and capacity building programs for the Ukrainian armed forces," Owens said.

The mandate of the current Canadian training mission to Ukraine will expire in March.

Owens pointed out the Canadian government is assessing Ukraine’s military needs to determine the best ways to assist the country’s armed forces.

No Justice, No Peace: Conflict-Related Sex Crimes in Ukraine Often Unpunished
The Canadian military have trained more than 2600 Ukrainian soldiers since the start of the training mission in September 2015.