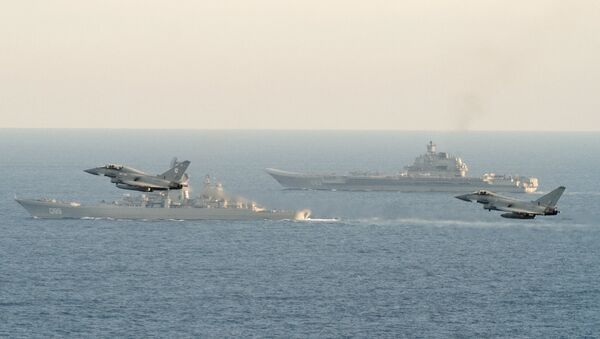 © The UK Ministry of defence
/
Go to the photo bank
Subscribe
Commenting on the report of the commander of the Russian aircraft carrier Admiral Kuznetsov that the cruiser was followed by up to 60 NATO ships on its way to Syria and back, Radio Sputnik contributor Ilya Kharlamov provided his reasons why the alliance 'spared no expense' on its promenade with the Russian vessel. 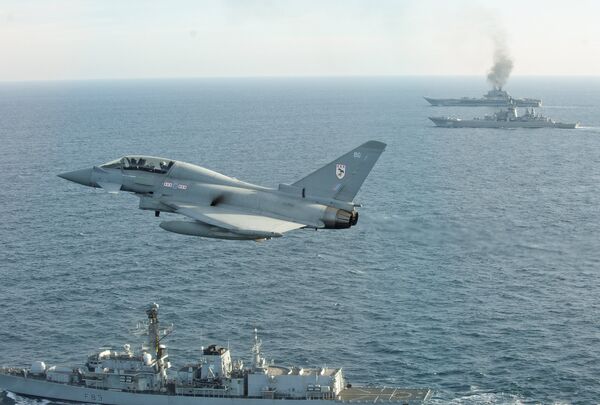 'A Very Serious Military Mission': Why NATO Warships 'Escorted' Russia's Carrier
However if we drop the irony, he says, we can see how pathetic the actions taken by Russia's Western partners are. "The loonies have nowhere to apply the forces they've saved over the years or even decades."

If Admiral Kuznetsov is So Insignificant, Why Did the UK Get Hysterical?
He also recalls the words of some British senior military veterans who compared the Royal Navy's new destroyers with a “box of spanners.”