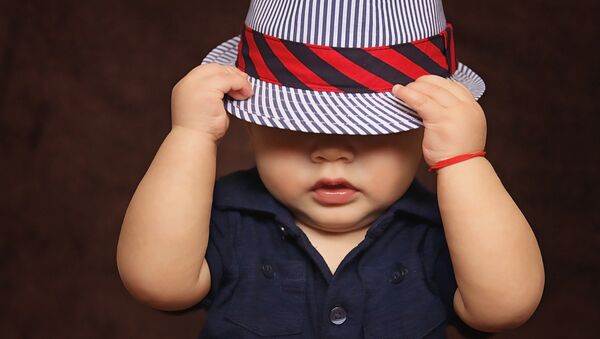 © Photo : Pixabay
Subscribe
A US National Academy of Sciences report has said gene-editing tools should eventually be used to modify human DNA - does their ruling open the door for future "designer babies"? Some may have reservations about that eventuality, but a bioethics professor has told Sputnik scientists have a moral duty to pursue that possibility.

In a report, the committee of scientists, entrepreneurs, ethicists and patient advocates said human genomes could in future be edited to replace faulty genetic information from a parent with a third person's healthy DNA. It stresses that the technique should only be used in the most serious cases, where no other options are available, and conducted under strict guidelines with stringent oversight.

Genome editing is achieved via a technique dubbed CRISPR — Clustered Regularly Interspaced Short Palindromic Repeat. It involves taking short stretches of RNA (ribonucleic acid) and tailoring them to match with DNA sequences. CRISPR is the fastest and most cost-effective method of gene editing and has been hailed as a means of significantly advancing scientific understanding of disorders such as cystic fibrosis and Huntington's Disease.

Reaction to the report from genome editing advocates has been overwhelmingly positive. Sarah Norcross, director of the Progress Educational Trust, called the study "sensible and prudent."

"The report is thoroughgoing, and the National Academy have come up with a very useful set of principles to inform the way we approach genome editing. The report's recommendations concerning different applications of this technology — in basic research as well as in the clinic — place a welcome emphasis on public engagement," Ms. Norcross told Sputnik.

As of February 2017, editing experiments have been successfully conducted on isolated genes in laboratory conditions, and on mice, but never on humans — as any human born from an edited embryo passes on any new genetic information, it would irreparably altering the genetic makeup of its descendants. The committee specifically argues scientists are a long way from being able to use human genome editing techniques safely as a result.

While quick to stress editing research should be limited to disease, the report caveats such seemingly firm directives with phrases such as "at this time," and even goes as far to moot ways disease research could be used to optimize humans from birth — for instance, editing the genes of muscular dystrophy patients could help scientists identify ways to make healthy babies be born stronger.

While for most the prospect of genetically modified humans will call to mind science fiction dystopias such as the 1997 movie Gattaca, others have graver real-world concerns — CIA Director John Brennan has claimed such advances could pose a threat to national security, and be used to create biological weapons. MIT scientist Dr. Jim Kozubek has said genetic engineering could end the possibility of future genius-level intelligence in humanity.

In 2015, a paper authored by Fyodor Urnov, adjunct professor of genetics and development at the University of California, warned human genome editing could have unpredictable effects on future generations — this made the research "dangerous and ethically unacceptable."

Don't edit the human germ line — one of our top opinion pieces of 2015 https://t.co/CX8KQgZXys pic.twitter.com/6xhDDRJXKZ

The committee is evidently wise to how controversial genome editing could be — in the report's conclusion, it acknowledges public fears that genome editing would "exacerbate social inequities or create social pressures," driving people to use technologies that are "simply are not necessary." As a result, public discussion is "important for exploring social impacts," as governance policy is developed — and a resolution to the question of consent (by definition, an unborn child cannot consent to being experimented upon) must be found.

However, some are positively enthused by the prospect of enhanced future humans — and unmoved by arguments around consent. John Harris, professor of bioethics at the University of Manchester, is among them.

"Every year an estimated 7.9 million children — 6% of total births worldwide — are born with a serious birth defect of genetic or partially genetic origin. Had sexual reproduction been invented by scientists rather than resulting from our evolved biology, it would never have been licensed.

"We all have to make decisions for future people without considering their consent. All would-be parents take numerous decisions about issues that might affect their future children. They do this all the time without thinking about consent of the children — far from 'absence of consent' being a reason not to make decisions for future persons, it is the reason we must make such decisions," Professor Harris told Sputnik.