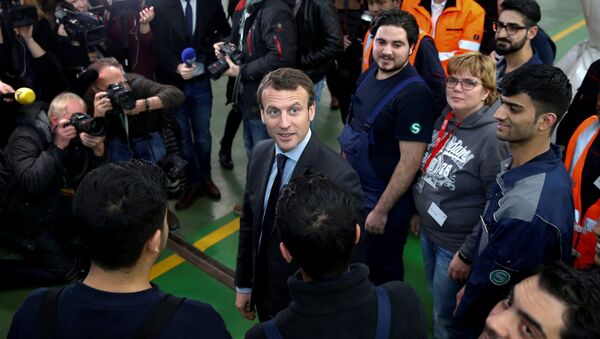 "Any allegations of official Moscow's possible involvement is absurd," Peskov told reporters, reminding of similar denials in response to anti-Russian claims made during the 2016 presidential campaign in the United States.

Poll: Macron’s Chances to Secure Lead in 1st Round of French Election Decreasing
Richard Ferrand, the general secretary of En Marche! party headed by Macron, attacked the RT broadcaster and Sputnik news agency on Monday over alleged influence on the French "democratic life" in connection with alleged attacks on Ferrand.

"We had and have no intention of interfering in the internal affairs of other countries, espcially in their electoral processes," Peskov stressed.