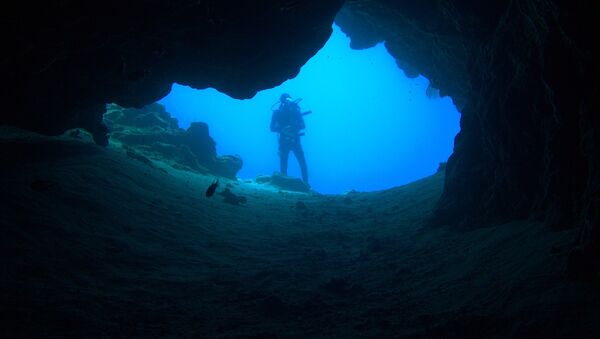 © Photo : Pixabay
Subscribe
‘Extraordinary levels’ of pollution have been found in the Mariana Trench, the deepest part of the Earth’s oceans. Pollutants from the 1970’s have accumulated among the crustaceans that live there, contaminating life 11,000 meters below sea level.

The study, conducted by researchers from the University of Aberdeen and the James Hutton Institute and published in Nature, found that pollution was pervasive and intense within the Mariana and the similarly deep Kermadec Trench.

The pollutant in question is called a persistent organic pollutant (POP), organic compounds that do not biodegrade. The environmental devastation these compounds can cause, as they are nearly impossible to remove once they are introduced to an environment, is significant. In addition, POPs have been linked to disruptions in the endocrine and reproductive processes of animals.

POPs do not degrade, and so when dumped in the ocean they would accumulate inside animals. Those animals would then sink into deep trenches like the Mariana when they died, at which point their bodies would be eaten by scavengers.

As a result, POPs are now heavily present in the bodies of the Mariana Trench's crustaceans. The report claims the pollution levels to be on par with the dumping grounds used by Chinese plastics manufacturers.

"In creatures that live in shallower waters, exposure to POPs can reduce reproductive success and thus population growth. It's hard to study deeper animals alive under controlled conditions but can assume the pollutants have a similar effect," wrote study lead Alan Jamieson in an opinion piece on The Conversation.

"The reality is that the deep sea just isn't that remote, and the great depth and pressures are only an imaginary defence against the effects of what we do 'up here'. The bottom line is that the deep sea – most of planet Earth – is anything but exempt from the consequences of what happens above it, and it's about time we appreciated that."

In recent decades, governments had begun to realize the dangers of POPs. Polychlorinated biphenyl (PCB), a POP used for things like coolant and transformer fluid, was banned worldwide in the 70's when it was found to cause birth defects and other health problems.

In 2001, the Stockholm Convention was drafted which eliminated POP production in most of the world. Only a small handful of countries have not ratified the treaty, including Turkmenistan, Uzbekistan, South Sudan, and the United States.

Another major risk to ocean life is plastic pollution, brought on by plastic microbeads present in soaps and shampoos. They go down the drain and end up in the oceans, where they present a danger to marine life.

"It seems that once again, we have a shocking example of our own stupidity, as people gradually realise that plastic microbeads are, funnily enough, made of plastic, and that stuff that goes down the sink doesn't magically disappear into another dimension," wrote Jamieson.

The United Kingdom passed a ban on plastic microbeads in some products in late 2016. New Zealand passed a full ban in January 2017.

000000
Popular comments
Do the Americans still dump garbage in the ocean? I have seen videos of huge boats full of garbage going out from New York I think, to dump it in the oceans.

NATOisEVIL
15 February 2017, 00:37 GMT1
000000
NATOisEVIL, The answer is yes they do. If it were all biodegradable and not to concentrated it would not necessarily be a problem. But absolutely everything is dumped into the ocean in the United States with no thought given to the consequences. The attitude is out of site out of mind.
Randall Lee Hilburn
15 February 2017, 01:16 GMT
000000
Newsfeed
0
New firstOld first
loader
LIVE
Заголовок открываемого материала
Access to the chat has been blocked for violating the rules . You will be able to participate again through:∞. If you do not agree with the blocking, please use the feedback form
The discussion is closed. You can participate in the discussion within 24 hours after the publication of the article.
To participate in the discussion
log in or register
loader
Chats
Заголовок открываемого материала
Worldwide
InternationalEnglishEnglishMundoEspañolSpanish
Europe
DeutschlandDeutschGermanFranceFrançaisFrenchΕλλάδαΕλληνικάGreekItaliaItalianoItalianČeská republikaČeštinaCzechPolskaPolskiPolishСрбиjаСрпскиSerbianLatvijaLatviešuLatvianLietuvaLietuviųLithuanianMoldovaMoldoveneascăMoldavianБеларусьБеларускiBelarusian
Transcaucasia
ԱրմենիաՀայերենArmenianАҧсныАҧсышәалаAbkhazХуссар ИрыстонИронауОssetianსაქართველოქართულიGeorgianAzərbaycanАzərbaycancaAzerbaijani
Middle East
Sputnik عربيArabicArabicTürkiyeTürkçeTurkishSputnik ایرانPersianPersianSputnik افغانستانDariDari
Central Asia
ҚазақстанҚазақ тіліKazakhКыргызстанКыргызчаKyrgyzOʻzbekistonЎзбекчаUzbekТоҷикистонТоҷикӣTajik
East & Southeast Asia
Việt NamTiếng ViệtVietnamese日本日本語Japanese中国中文Chinese
South America
BrasilPortuguêsPortuguese
NewsfeedBreaking
11:38 GMTThe Original Takes It All: ABBA Sues UK Cover Band Over Trademark Infringement, Media Says
11:33 GMTBrazil's Supreme Court Opens Probe Into Bolsonaro's Unverified Claims About COVID Jabs' Side-Effect
11:18 GMTMass Demonstration Against COVID Restrictions Held in Utrecht
11:16 GMTTwitter Erupts as New Zealand's Ajaz Patel Scripts History by Bagging All 10 Wickets Against India
11:04 GMTCOVID Sceptics Hold Rally Against Vaccine Mandate in Vienna
11:00 GMTMaxwell Trial: Massage Table 'Used' by Epstein 'to Abuse Victims' Brought Into Courtroom
10:58 GMTMedia Reveals Reason Why Employees Are Leaving VP Kamala Harris' Office
10:43 GMTWatch People Fleeing Clouds of Smoke and Ash as Semeru Volcano Erupts in Indonesia
10:31 GMTTwo Hippos at Belgian Zoo Contract COVID-19
10:20 GMTUS Special Envoy Welcomes Taliban Decree Expanding Women's Rights in Afghanistan
10:15 GMTWHO Inspection of Sputnik V Vaccine to Take Place After January 2022
08:41 GMTI Ain't the Sharpest Tool in the Shed: MGK Stabbed Himself While Trying to Impress Meghan Fox
07:54 GMTCristiano Ronaldo May Miss Manchester United's First Game Under New Boss Ralf Rangnick
07:40 GMTUK Government Reportedly Considering Criminalising Public Sexual Harassment of Women
07:34 GMTParents of Suspected Michigan Shooter Detained in Detroit
07:24 GMTUK Gov't Reportedly Considers Changing Law on Free Speech After Meghan Markle's Victory Against ANL
07:22 GMTFrench Foreign Ministry Says Evacuated Over 300 People From Afghanistan
07:13 GMTNuclear Deal Talks With Iran in Vienna to Resume Next Week, Russian Envoy Says
06:06 GMTCOVID Live Updates: Mexico Confirms Its First Case of Omicron Variant
06:02 GMT'Johnson's Not Above the Law': Labour Asks Police to Probe Alleged No 10 Parties Amid 2020 Lockdown