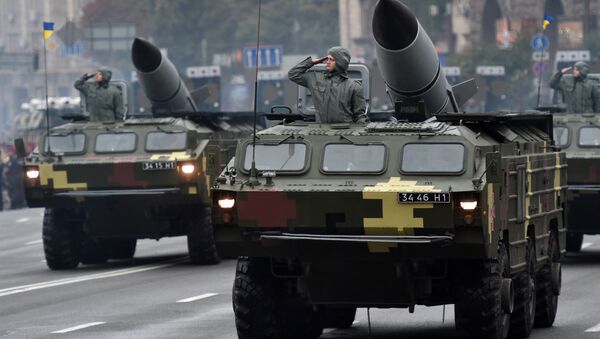 On Monday, the Russian Investigative Committee released a statement saying that it had "discovered and procedurally documented evidence that the Armed Forces of Ukraine have been using weapons of mass destruction, namely the Tochka-U tactical missile system, against civilians in the armed conflict in southeastern Ukraine."

Russia Claims It Can Prove Kiev Using Tactical Missiles Against Civilian Targets
Investigators emphasized that the use of such weapons, which have a very high destructive power and are intended to cause mass casualties and damage over large areas, violates international law, since it leaves virtually "no chance of survival for both belligerents and civilians during armed clashes or armed conflicts."

The Investigative Committee said that it has evidence that the Ukrainian military has used Tochka-U in several settlements in breakaway Lugansk People's Republic territory, including the city of Lugansk, as well as several cities, towns and villages throughout the region. Investigators added that the use of such weapons indicates that Kiev's goal seems to simply be to annihilate the local population and infrastructure in the country's southeast. The Committee stressed that the Tochka-U's use constitutes a violation of both the 2015 Minsk agreements on Ukrainian peace and the Geneva Convention on the Protection of Civilian Persons in Times of War. 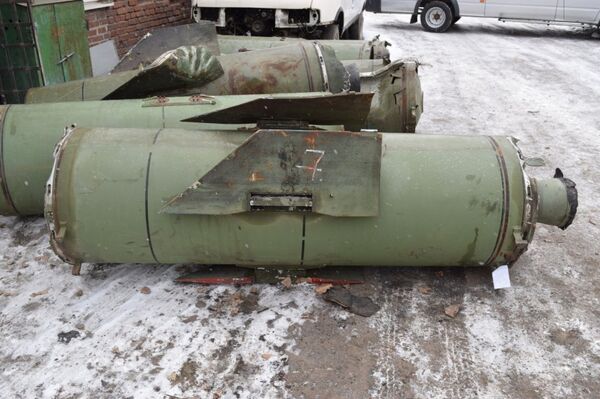 Fragment of the mid-flight engine of the rocket of the Tochka-U complex of the Armed Forces of Ukraine
© Photo : Investigative Committee RF

The Ukrainian Armed Forces inherited the Tochka-U from the Soviet Armed Forces after the USSR's collapse. According to military analysts, the system is perhaps the most powerful weapon in possession of the Ukrainian military today. Developed by the Kolomna Designed Bureau in the 1970s, the system can carry a warhead weighing up to 482 kg. The warhead itself comes in several variants, including cluster and chemical munitions. The weapon has a range of between 15 and 120 km.

Stressing the seriousness of the weapon's use in the Donbass, RIA Novosti journalist Alexander Khrolenko pointed out that "the effectiveness of the Tochka-U missile system with a conventional, cassette or chemical round is comparable to that of a tactical nuclear weapon." In this light, he noted, "it's no coincidence" that investigators used the language about Kiev seeking the annihilation of the local population and infrastructure.

Kiev's Peace Trap: Why the Minsk Agreements May Outlast the Ukrainian Government
It's likely, Khrolenko added, that the investigation of the Ukrainian Armed Forces' crimes will be followed up with practical measures from the Investigative Committee, and from other Russian authorities.

On Sunday, authorities in the self-proclaimed Donetsk People's Republic revealed the names of the Ukrainian officers suspected of being responsible for the shelling of Donetsk over the last two weeks, including one Colonel Andrei Sokolov, commander of the 72nd Mechanized Brigade, and Alexander Samarsky, his deputy.

DPR Operational Command reported that it had evidence that it was Sokolov who gave the order to shell Donetsk using 122mm and 152mm caliber artillery, which resulted in the deaths of six civilians and injured 34 more between January 30 and February 5. Samarsky was said to have actively assisted the commander in carrying out the order. The artillery fire was reported to have come from the Ukrainian military-occupied town of Avdiivka, north of the city of Donetsk. 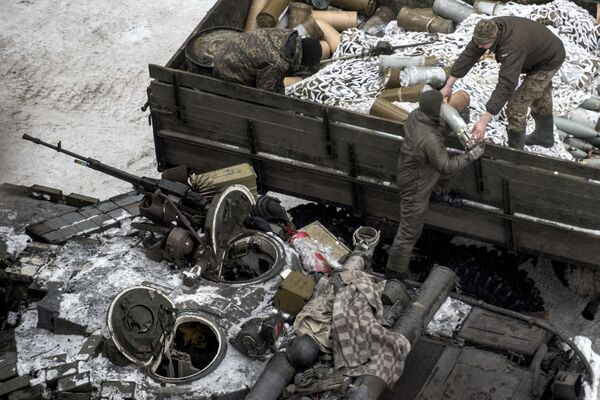 Citing the Operational Command's report, DPR media said that "the actions of the Ukrainian officers may be qualified…as the planning, preparation, initiation and waging of an aggressive war, as a violation of the laws and customs of war, and as genocide and violence against the civilian population in the area of military operations."

In other words, the journalist noted, as far as Russia is concerned, no one has been forgotten, nor have their crimes against the civilian population in the war-torn Donbass region.

Khrolenko recalled that last year, during a lengthy interview for Ukrainian media, (unusual in and of itself for professional military officers) "Sokolov took note of the special value of the 'experience' gained by the Ukrainian Armed Forces in the Donbass, where he said that 'over the course of combat operations, we have acquired considerable combat experience, and developed new and improved tactics for combat. Now, NATO instructors come to Ukraine not only to train us, but to willingly learn from our experience, which is new for the world, of fighting in hybrid wars.'"

In the same interview, Sokolov predicted that "the situation for Putin is such that soon he will offer to give Donbass and Crimea back to Ukraine himself, and even offer compensation for damages." 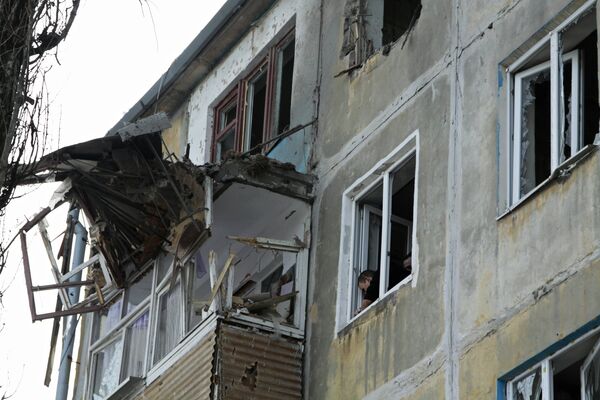 In other words, the journalist wrote, "sooner or later, Sokolov and his colleagues from the Ukrainian Armed Forces, together with the 'volunteers', will be made to answer before a court for the use of weapons of mass destruction and the shedding of the blood of civilians in the Donbass. Local residents abhor the Ukrainian military fighters, and now know their tormenters by name."

Ultimately, Khrolenko stressed, a great number of grisly and horrific things are happening in the war-torn region at the moment, all due to impunity for would-be war criminals and a sense of lawlessness. "But there is a limit to this impunity." Months, years, or even decades from now, those responsible for the death and destruction in the Donbass will face justice.