The Burning Issue of the Environment: Russia Takes Japanese Approach to Trash 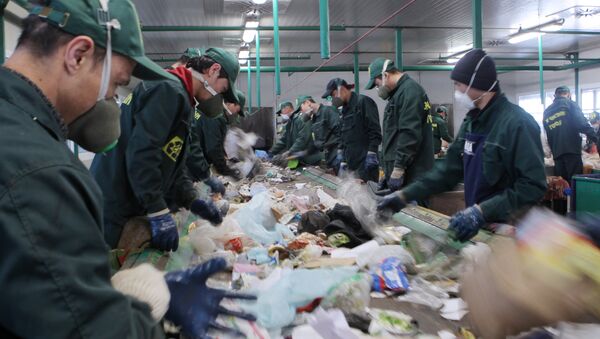 Russia has announced plans to use environmentally friendly Japanese methods of getting rid of its garbage.

Russia
Environment to Remain Key Priority of Russia's Domestic Policy – Putin
2017 has been heralded as 'The Year of Ecology' in Russia, and the country plans to use environmentally friendly Japanese technology to incinerate solid, non-recyclable waste.

The pilot project, due to be implemented by the Russian State Corporation Rostec, stipulates building at least five waste incineration plants using Japanese technology in the Moscow Region and the Russian city of Kazan. The project is due to be launched later this year.

In an interview with Sputnik Japan, Alexey Polyakov of the Russian Green Building Council, a non-government organization, specifically pointed to the fact that Japanese methods of incinerating rubbish are fully in line with ecological norms.

"It's important that there are strict health standards for emissions of pollutants in Japan. The Japanese companies themselves are constantly tightening emission and control standards. Thanks to the technology and these standards, Japanese waste incinerators can even be located in residential areas, near parks and on the banks of rivers," Polyakov said.

The project, which will specifically use the technology currently applied by the Hitachi company, envisages the construction of a total of 560 waste incineration plants throughout Russia in the future.