Crimes Against Humanity: Bid to Put Australia Before ICC Over Offshore Detention 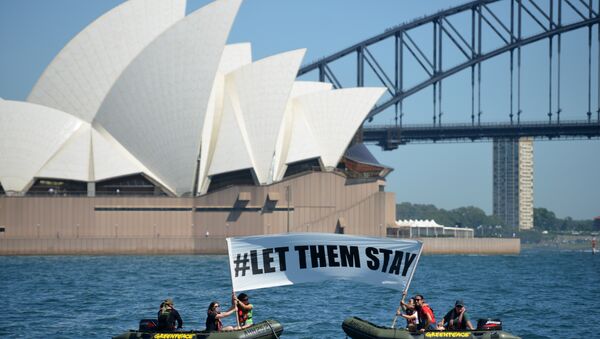 The Australian government's offshore immigration detention program in the Pacific could be a crime against humanity, a group of legal experts have alleged, with the International Criminal Court (ICC) urged to investigate the claims.

On Monday (February 13), a 100-page submission was tendered to the ICC on behalf of the Global Legal Action Network (GLAN) and Stanford Law School, with the document detailing the "harrowing practices of the Australian state and corporations towards asylum seekers."

The petition to the ICC's office of the prosecutor calls on the court to investigate potential "crimes against humanity committed by individuals and corporate actors" at Australia's two offshore immigration facilities in the small Pacific island nation of Nauru and at Papua New Guinea's Manus Island.

​"As recent leaks reveal, these privatized facilities entail long-term detention in inhumane conditions, often including physical and sexual abuse of adults and children," GLAN said in a statement sent to Sputnik.

"The conditions and resulting hopelessness have caused what experts describe as 'epidemic levels' of self-harm among those held on these islands. Based on original research, the communication is the most comprehensive submission on crimes against humanity perpetrated outside of context of war."

​Given the recent rhetoric about immigration amid calls in Europe to replicate Australia's hardline approach, Glan campaigners believe any investigation into Canberra's actions could set an important precedent.

"The communication is critical not only in Australia and South East Asia but, as the refugee crisis unfolds, to European countries looking to Australia and considering its offshore detention scheme to deter asylum seekers. The crimes allegedly committed as part of Australia's deterrence model may soon be spreading."

Australia has operated offshore detention facilities on Nauru and Manus Island since 2001, with all asylum seekers who arrive in Australian waters sent to the Pacific islands for processing so as to deter people from making the voyage to Australia by boat. 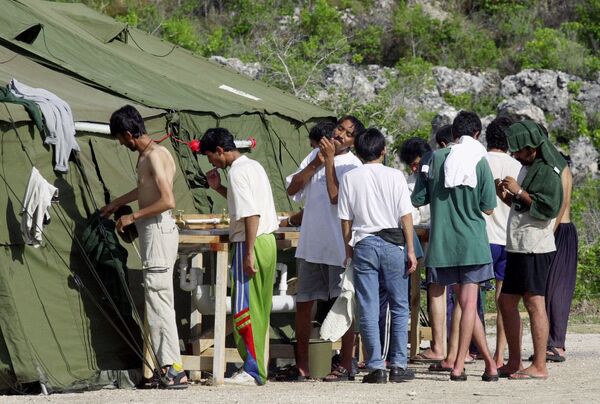 In this Sept. 21, 2001, file photo, men shave, brush their teeth and prepare for the day at a refugee camp on the Island of Nauru
© AP Photo / Rick Rycroft, File

While Australian governments have long claimed the policy and processing centers are needed to implement the country's immigration policy and prevent ocean drownings, both camps have been criticized for the treatment of detainees amid reports of rapes, beatings and even the murder of asylum seekers.

Trump is following in our gross footsteps.

​Last year two refugees in Nauru set themselves on fire, with one dying.

"We are witnessing the normalization of crimes committed against the world's most vulnerable population — refugees. The prosecutor must recognize the gravity of the situation and prevent this," said Dr. Ioannis Kalpouzos, lecturer at University of London's City Law School and GLAN Chairman. 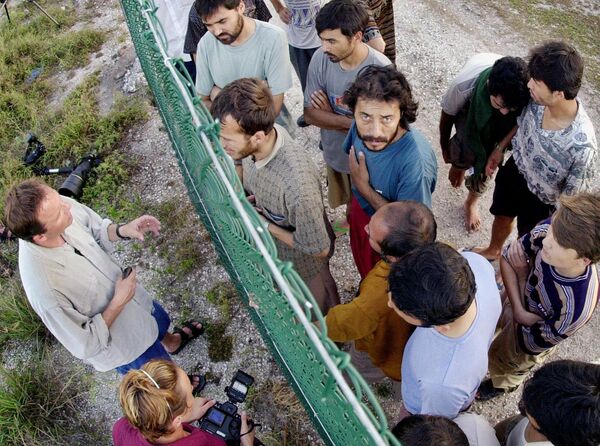 Asylum seekers at Australia's detention center on the island of Nauru gather on one side of a fence to talk with international journalists about their journey that brought them there.
© AP Photo / Rick Rycroft

There are about 2,000 people — including children — held in the camps, with around 1,500 of those formally recognized as refugees.

​On top of the reports of violence and abuse at the camps, the Australian government has come under fire for the strict controlling of who can access the camps, with many journalists and members of the general public unable to travel to view the offshore detention facilities.

"The communication details how Australian government officials, as well as some of their corporate contractors, may be liable for crimes against humanity. At a time when global powers including the United States are shutting their doors to refugees, it is crucial for international legal institutions to protect them," said Diala Shamas, lecturer in Law at the International Human Rights and Conflict Resolution Clinic.