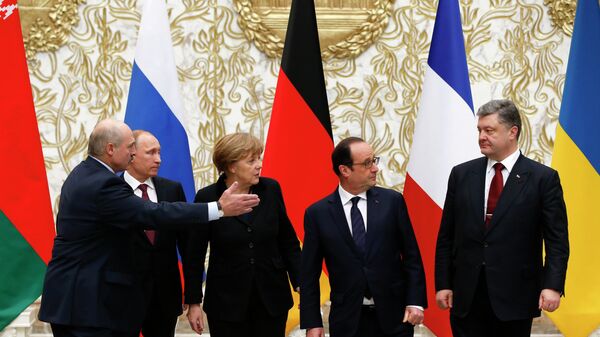 Two years ago, between February 11-12, 2015, the leaders of Russia, Germany, France, and Ukraine met in the Belarusian capital to sign Minsk II, a deal meant to forge a lasting end to the fighting in eastern Ukraine. Two years on, Ukraine expert Rostislav Ishchenko explains why the agreement may actually outlive the current authorities in Kiev.

Saturday and Sunday mark the solemn anniversary of the Minsk agreements. Despite a series of violations of the ceasefire regime in the past weeks and months, most recently near the town of Avdiivka, the deal reached at Minsk has held, and a resumption of full-out hostilities across the front has been avoided.

According to Ukrainian political observer and RIA Novosti contributor Rostislav Ishchenko, the deal has held despite repeated efforts to declare it dead. It has held even in spite of Kiev's efforts to sabotage it, according to the commentator, and actually "has a good chance of even outlasting the [current Ukrainian] government." 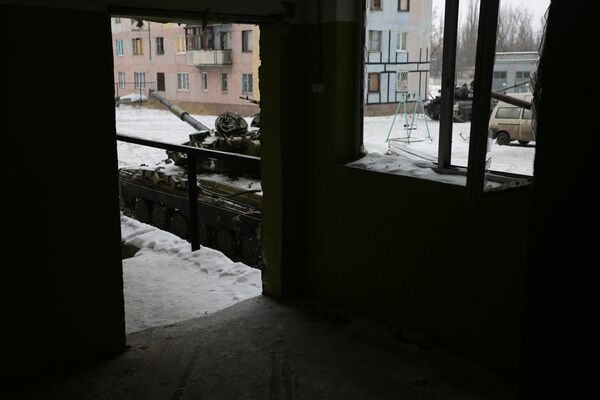 Tanks from the Ukrainian Forces are stationed outside a building in the flashpoint eastern town of Avdiivka that sits just north of the pro-Russian rebels' de facto capital of Donetsk on February 2, 2017
© AFP 2022 / Aleksey FILIPPOV

Lavrov: OSCE Understands It Cannot Whitewash Ukrainian Troops in Donbass Anymore
Minsk's resilience comes down to several factors, the expert noted. Chief among them is the fact that the text of the agreement was agreed at meetings of the Normandy four –a grouping including Russia, Germany, France and Ukraine. At the same time, the agreement itself was actually signed by Kiev and representatives of the Donetsk and Lugansk People's Republics. Adding another layer of complexity is the fact that Ukrainian President Petro Poroshenko participated in the Minsk negotiations, but did not sign the final text, since Kiev does not officially recognize the DPR and LPR, or believe in negotiating with its representatives.

In other words, Ishchenko explained that "the agreement was written by one group of states, but others have been mandated to carry it out. At the same time, one of the parties to the agreement (Kiev) does not recognize the other (the DPR/LPR) as a party to the negotiations process."

Russia, France and Germany have each stepped out as guarantors for Minsk's implementation; their ultimate aim is the de-escalation of the armed conflict in eastern Ukraine. "The guarantor countries, as well as the DPR and the LPR, consider the conflict to have a civil character," Ishchenko recalled. "Ukraine's official position, meanwhile, is that the conflict was provoked by Russian aggression."

Donetsk Authorities Blame Ukrainian Special Services for Militia Commander Death
Accordingly, even at the level of negotiations, the positions of the parties diverge on several crucial issues, including a) the conflict's character (i.e. civil war vs. foreign aggression) b) the designation of its direct participants and c) the purpose of the agreement itself.

Minsk, Ishchenko recalled, is not the first peace plan involving Russia in the post-Soviet space. Other agreements include the settlement on Transnistria (which broke off from Moldova in 1990) and the Karabakh (a territory disputed between Armenia and Azerbaijan since the late 1980s).

In these cases, the analyst noted, it proved "possible to achieve a sustainable long-term cease-fire and the transfer of the conflict from the military to the political format. This has been the case even though the front line in Karabakh sees the occasional flare-up, and the parties threaten one another regularly. It has also been the case even though Chisinau periodically talks about 'returning' Transnistria by force, and has engaged in economic and transport blockades of the breakaway territory." 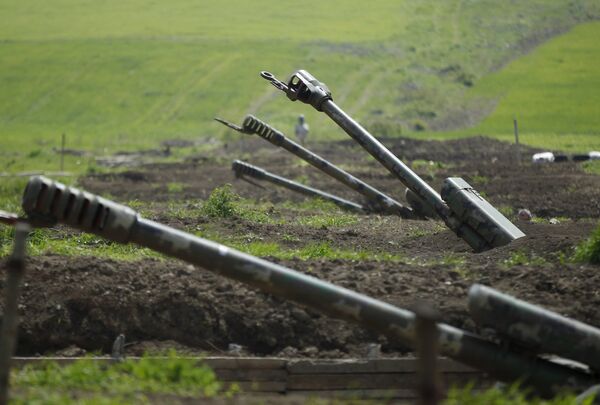 However, comparing the settlements in Karabakh and Transnistria with what's happening in Donbass would not be entirely appropriate, Ishchenko noted, since the Minsk agreements haven't been able to stop the fighting completely, even if it has brought full-scale conflict to a standstill.

According to the expert, the problem can be traced back to the fact that Kiev doesn't recognize the Donbass republics as legitimate parties to be negotiated with. In fact, Ishchenko suggested, Kiev has urged Russia to stop supporting the breakaways, and "transfer control of the borders" to the Ukrainian side, as agreed in point nine of Minsk II's thirteen points. "Then, Kiev could quickly 'resolve' the issue militarily," or the logic goes. In other words, Ishchenko noted, "from the start, Kiev saw Minsk II merely as a form of political and diplomatic assistance to help 'solve' the conflict by force."

US Should Supply Ukraine With Lethal Defensive Weapons - Breedlove
In this situation, the analyst suggested that it would be difficult to expect a sustainable settlement, or even a lasting ceasefire. "If it were up to Kiev alone, Minsk would have gone to the scrap heap long ago." The problem for Ukrainian authorities, he added, is that the agreement was signed not between Kiev and the Donbass, but effectively 'imposed' by Moscow, Berlin and Paris, which were searching for ways to reduce tensions between Russia and Europe.

Compared to Syria, which Ishchenko believes is the focal point of a global confrontation between Moscow and its opponents, whose configuration continues to fluctuate, the Ukrainian crisis is a sideshow. Whoever loses in Syria will find it pointless to continue their involvement in the Ukrainian crisis, the analyst stressed, since the country will effectively turn into a "black hole devouring scarce resource without providing any returns." Consequently, the 'loser' will seek to extricate their country from the conflict. 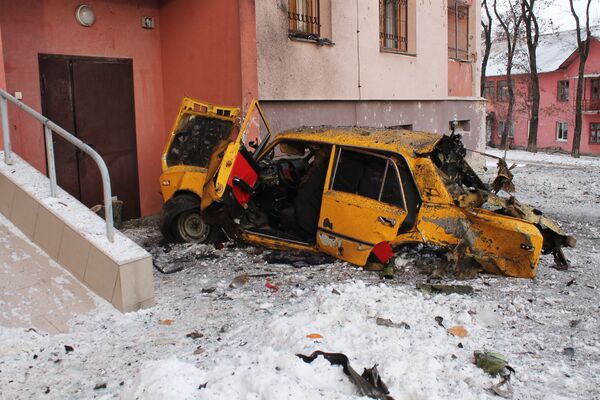 "And this is exactly what Europe and the US are now doing," the analyst noted. "Even the expected attempts by the Trump administration to haggle over the terms of the US stopping to play an active role in Ukraine will be simply an attempt to minimize the damage inflicted on the US materially and on its image…"

As far as the agreement's domestic impact for Ukraine, Ishchenko recalled that "the Minsk agreements were consciously written in such a way that an attempt to actually implement them would lead to a confrontation between the oligarchic government in Kiev and its armed ultra-nationalist base of support." Accordingly, "the longer and more actively Kiev attempts to maneuver in the international arena, the stronger these maneuvers will stimulate domestic contradictions," compounded by the worsening political and socio-economic situation in the country.

Ultimately, the analyst wrote that if Minsk does lead to the current government's collapse, "any government that comes to [take its place], if it is to have any semblance of representing all Ukrainians, will have to swear allegiance to the Minsk accords." In the expert's view, Minsk's total "rejection could occur only if the Ukrainian state itself were to disappear. In such a case, given the absence of one of the subjects to the negotiations process, it would be necessary to acknowledge the fundamental change to the Ukrainian crisis, and begin to develop a new international mechanism for its localization and settlement."