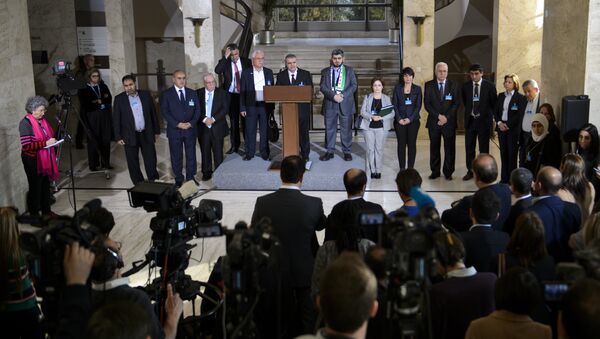 Kurds to Be Included in Joint Opposition Delegation at Geneva Talks - HNC
CAIRO (Sputnik) — The Syrian opposition High Negotiations Committee (HNC) included a member of Cairo group in its list of the delegates for the February 20 settlement talks in Geneva without consulting the group itself first, a member of moderate Syrian opposition Cairo platform told Sputnik on Sunday.

If Syrian Opposition Groups 'Echo What Assad Wants', They Are His Backers - HNC
Khalidi added that the Cairo group would like to settle this question at the meeting of all opposition groups, but the Riyadh group had not responded to that initiative.