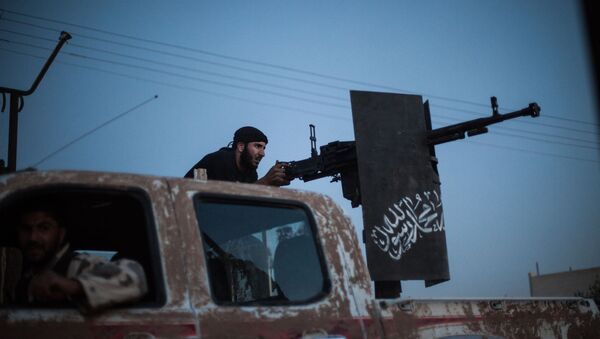 MOSCOW (Sputnik) — The list of delegation members, published by the HNC's press service on social media, does not include representatives of Jaysh al-Islam and Ahrar al-Sham groups. The list comprises 21 names, including 11 opposition politicians and 10 representatives of armed groups.

The press service added that the list was final, however it did not rule out possibility that could be altered.

'Move to Raqqa or Be a Human Shield': Syrian Man’s Account of Daesh Horrors
There is still no information, who will be the head of the delegation, however Naser Hariri, a representative of the National Coalition for Syrian Revolution and Opposition Forces, told Sputnik on Saturday that he was appointed to head the delegation to the talks.

The previous round of intra-Syrian talks under the auspices of the United Nations was held in Geneva on April 13-27, 2016. The next session of the UN-mediated talks is scheduled for February 20.

At the recent Syrian settlement meeting held in the capital of Kazakhstan on January 23-24, Jaysh al-Islam was represented by Mohammed Alloush, however there were no Ahrar al-Sham's representatives at the Astana meeting.