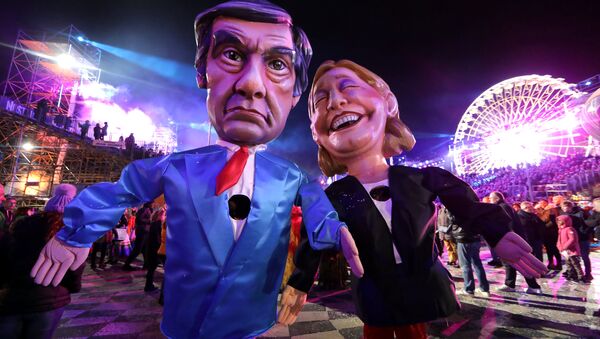 Trials and Tribulations of the Rise of France's Marine Le Pen's Front National
In an interview with Sputnik, Arnaud Mercier, professor of political communication at Pantheon-Assas University in Paris said that it's still anybody's guess who will win the forthcoming presidential elections in France.

Even so, it is safe to say already that former Prime Minister Francois Fillon and leader of the Eurosceptic right-wing National Front Party Marine Le Pen have very slim chances of emerging victorious, according to Mercier.

The interview came after a recent poll revealed that the French Republicans' presidential candidate's approval rating had collapsed by 13 points, with only 22 percent of the French saying they have a good opinion of the former PM. 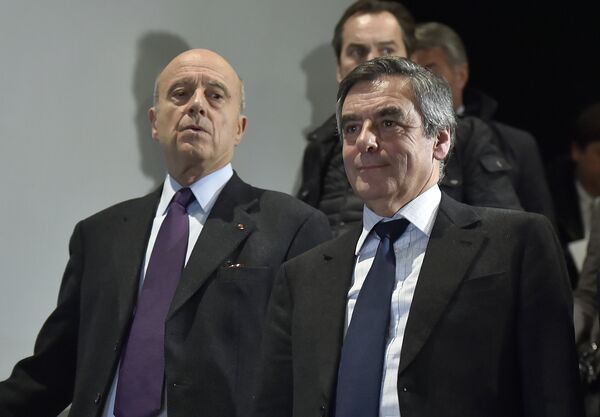 Commenting on the matter, Mercier said in a clear nod to Fillon that Le Canard Enchaine's disclosure "destabilized the candidate."

One of the reasons for this destabilization, Mercier added, is that "Fillon did not  scrupulously observe the rule of the law, although he has always positioned himself as a man who does not have any such problems unlike his rivals Alain Juppe and Nicolas Sarkozy."

President Macron? French Election Blown Apart as Scandals Hit Fillon, Le Pen
Besides, Mercier went on to say, Fillon's actions run counter to  the principles that had previously led him to success in the primaries; these principles are related to the fight against those who benefit from public funds.

Mercier said that Fillon disappointed voters who considered him an honest man, and that his proposed austerity measures only added fuel to the fire.

"Given that the investigation into the case is under way, it is most likely that Fillon's approval rating will continue to plummet, and as a result, he will be defeated in the first round of the elections," Mercier added.

As far as Marine Le Pen is concerned, Mercier believes that "if the election were held today, it would be very likely that Le Pen and former French Economy Minister Emmanuel Macron would make it to the second round." In April 2016, Macron founded his own left-wing political party, 'En Marche!' after having been an Independent affiliated with the Socialist Party.

"We should be very careful about the polls' results because France's political system is now in turmoil, and the rhythm of changes and surprises in this [election] campaign is simply unprecedented in the history of the Fifth Republic," Mercier pointed out.

He notes that "Le Pen has gained the support of loyal voters, which is why it is very unlikely that her "electoral capital will diminish in the next few weeks."

At the same time, Mercier said that "it's impossible to imagine the National Front leader winning the presidential elections."

"Most Frenchmen think that imagining her winning the second round is impossible. But if she makes it to the second round and loses it, she will not repeat the fate of his father, who met with his rival Jacques Chirac in 2002. At the time, Le Pen gained 18 percent of the vote, while Chirac obtained 82 percent. As for Marine Le Pen, the gap will be less significant, but still it will leave no chance for victory," Mercier concluded.

France's Fillon: Everything Said About Him Legal, Justified
Meanwhile, a survey by Elabe, a pollster, for the newspaper Les Echos showed that Fillon has dropped from third to 18th place in popularity, while Marine Le Pen is down 1 point to 28 percent support, and independent candidate Emmanuel Macron has over 40 percent support.

The first round of the French presidential elections is slated for April 23, with the run-off scheduled for May 7.