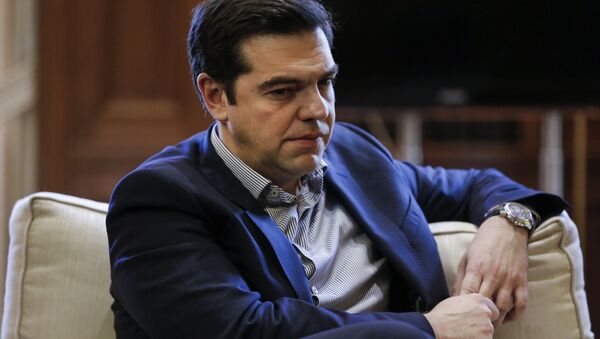 Greece May Need Further Debt Relief Despite Austerity Policy - IMF
ATHENS (Sputnik) — In 2016, Schauble repeatedly criticized Greece for not implementing the austerity measures agreed within the framework of EU bailout packages, the largest contributor of which is Germany. In December, as the ruling coalition was preparing for the upcoming in September 2017 election campaign in Germany, Schauble said that Greece would have to leave the Eurozone, if the reforms were not implemented.

"I call on Chancellor Angela Merkel to prevent the finance minister from ongoing attacks on Greece and slander. The election campaign in one country should not affect the situation in another country," Tsipras said during Syriza party meeting.

Last summer, the international creditors signed an agreement with Athens, approving a third bailout package since 2010 in exchange for further economic reforms, including pension cuts, tax hikes and privatizations. In line with the agreement, Greece will receive the financial aid, if the second evaluation of reforms is positive.