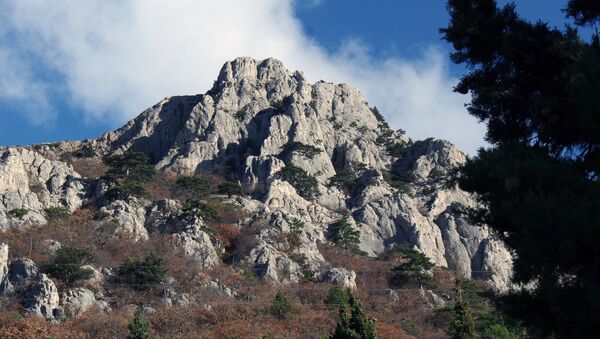 Russia
Unique Artifacts, Ancient Arms Found Near Site of Energy Bridge to Crimea
SIMFEROPOL (Sputnik) — The Crimean officials offered UK scientists to take part in archaeological works on the battlefield of the Battle of Alma scheduled to start in summer 2017. The scholars accepted the invitation, expecting to start works in spring 2018 after logistic preparation, Faulkner said during a meeting with the Crimean authorities.

The delegation of British scientists arrived in Crimea on Thursday in order to foster cooperation in archaeological tourism and research.

The Battle of Alma took place during the Crimean War, fought in 1853-1856, in which the Russian Empire lost to an alliance of France, Britain, the Ottoman Empire, and Sardinia. The war ended with the Treaty of Paris that banned Russia from having a military fleet in the Black Sea. The provision was revised in 1871.