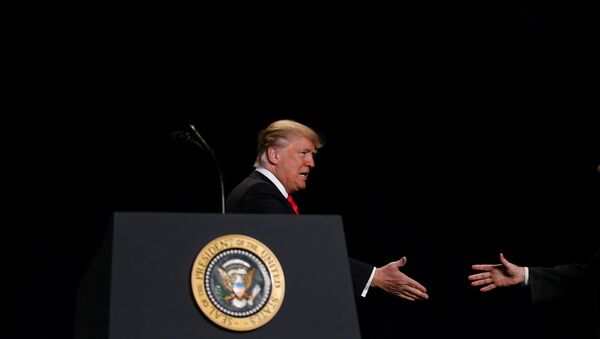 The Iranian nuclear deal should be carefully considered before signing an agreemenet, US President Donald Trump said Friday.

Iran Able to Defend Itself Against US, UK, Israel - Top Aide to Supreme Leader
MOSCOW (Sputnik) — The Iranian nuclear deal was poorly negotiated and should not have been agreed in the first place as it represents a "disaster" for Israel, US President Donald Trump said Friday.

"The deal with Iran was a disaster for Israel. Inconceivable that it was made. It was poorly negotiated and executed," Trump said in an interview with Israel Hayom newspaper.

Trump stressed that as "a deal person" he might say that the nuclear deal had not even been "comprehensible."

Iran Could 'Resume Its Nuclear Program' if US Walks Back on P5+1 Deal
The US president pointed out that he was respecting and understanding Israel, adding that the US-Israeli relation would be better under his administration.

"I don't want to be condemning Israel. I understand Israel very well, and I respect Israel a lot, and they have been through a lot. I would like to see peace and beyond that," Trump said.

Trump has frequently called the Iran nuclear agreement, negotiated by former President Barack Obama’s team, as a "disastrous deal" and suggested canceling it.