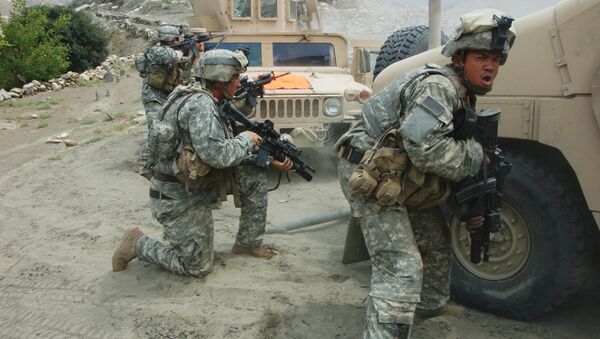 In a recent Senate Armed Services Committee hearing, Army General John Nicholson told Senator John McCain that the US is in a stalemate in the Middle East.

Some believe his proposal will soon be presented to the Commander in Chief.

“I have adequate resourcing in my counterterrorism mission,” he said. “In my train, advise, and assist mission, however, we have a shortfall of a few thousand,” and those replacement troops could come from US forces or NATO allies, he said.

US President Donald Trump said he wants to eliminate Daesh as quickly as possible, but his position on sending US troops to Afghanistan to fight the Taliban remains unclear. As it stands, around 8,400 US soldiers and advisers are currently stationed in the country. In 2011, more than 100,000 US ground forces were in Afghanistan.

Nicholson said that the Taliban have made substantial territorial gains over the past year. “For too long our strategy in Afghanistan has been: Don’t lose,” McCain said. Nicholson’s counter-terror efforts will be reported to Defense Secretary James Mattis, who will then likely issue a recommendation to Trump.

A recent Brown University paper estimated the cost of US wars in Iraq, Afghanistan, Pakistan and Syria at $3.6 trillion, from 2001 to 2016. Future payments to veterans for medical and disability costs, as well as interest on loans taken out to finance combat initiatives will add an additional $1 trillion, Politifact reported. A working paper from the Harvard Kennedy School of Government notes that the Iraq and Afghanistan armed conflicts, “taken together, will be the most expensive wars in US history—totaling somewhere between $4 and $6 trillion.”

And the US remains at a stalemate in its fight against terrorism.