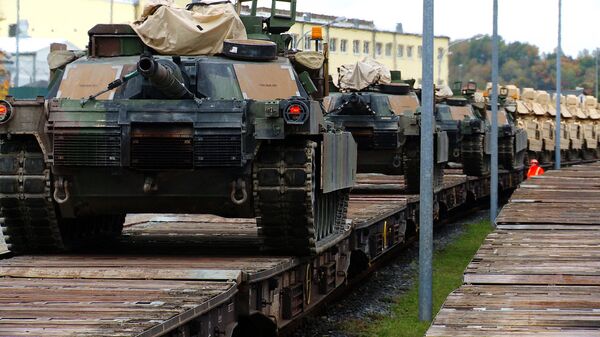 MOSCOW (Sputnik) — According to the Delfi news portal, the M1A2 Abrams tanks arrived at the Gaiziunai railway station early morning.

On Thursday, Lithuania's Ministry of National Defense said that the new rotation company, comprising 120 people, would enter service next week.

The decision to deploy four NATO multinational battalions to Estonia, Latvia, Lithuania and Poland in 2017 was approved at the NATO July summit in Warsaw.