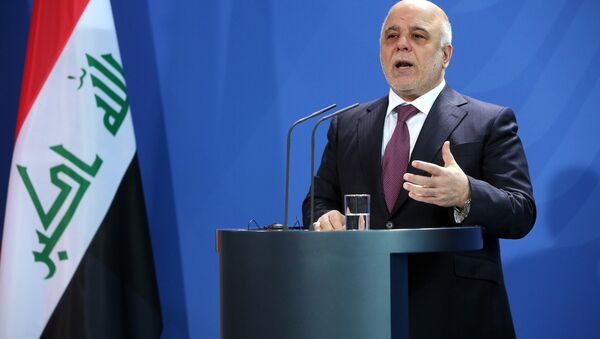 © AP Photo / Adam BERRY
Subscribe
International
India
Africa
Iraqi Prime Minister Haider Abadi called on US President Donald Trump in a phone conversation to review the travel restrictions imposed by him on the Iraqi citizens among the nationals of six other states, Abadi's press service said in a statement.

"The Prime Minister stressed the importance of a review of the decision on the right of Iraqis to travel to the United States and lift Iraq from the list of countries mentioned in the executive order," the statement said.

According to the statement, Trump stressed that Washington and Baghdad should cooperate on the issue to find a solution to the problem.

On January 27, Trump signed the executive order, titled "Protecting the Nation From Foreign Terrorist Entry into the United States," barring citizens of Iran, Iraq, Libya, Somalia, Sudan, Syria and Yemen from entering the United States for 90 days. The move also introduced a travel ban for a 120-day period for all refugees, as well as an indefinite ban for asylum seekers from Syria.