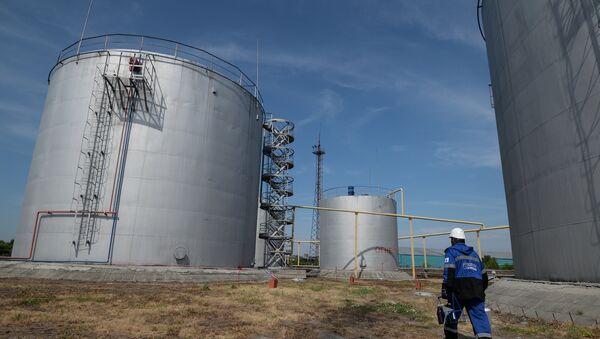 Gazprom's Renewed Record on Non-CIS Gas Export Reaches 636.4Mln Cubic Meters
MOSCOW (Sputnik) — According to the Kommersant newspaper, the investigation is conducted against "unidentified persons" among the leadership and employees of the Service-terminal company, which was dealing with Gazprom Neft's customs payments.

The investigators consider that the Service-terminal company received over 58 billion rubles from the energy company in 2011 under a long-term contract for the provision of customs broker services. However, it failed to account for the received funds, with a sum accounting for around two billion rubles missing. Besides, it turned out that some of the broker's money, which recently declared bankruptcy, was unreasonably sent to the offshore or lend to other businesses, which did had not repaid the debt.

Apart from the stolen money, the Gazprom Neft is trying to get another 10 billion rubles of advance payments from its former partner through arbitration.