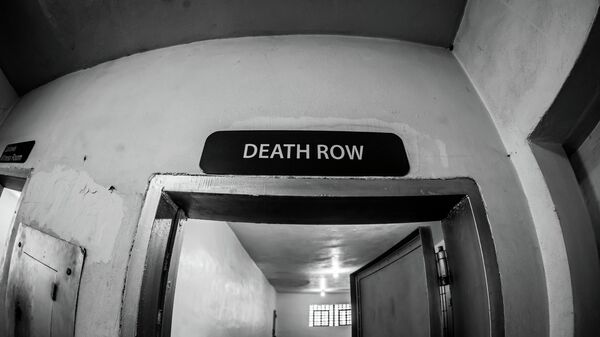 © Flickr / Thomas Hawk
Subscribe
International
India
Africa
A Republican lawmaker in Mississippi has proposed bringing back the firing squad, electric chair, and gas chamber, if courts opt to block the use of lethal drugs as a means of executing death-row inmates.

House Judiciary B Committee chairman Andy Gipson’s House Bill 638 passed through the state’s House of Representatives on Wednesday, in a 75-43 vote, despite extreme opposition from Democrats, and will now be going up for debate in the Senate.

The bill comes after executions were halted in the state in 2012, due to lawsuits over lethal injections being ‘cruel and unusual punishment,’ and thus in violation of the US Constitution. Many drug companies have banned the use of their sedatives in executions, creating a shortage of options.

Under Gipson’s bill, lethal injection would remain the preferred method of execution, followed by nitrogen hypoxia, then firing squad, and if all those are banned or unavailable, the electric chair.

Only two other states in the nation, Oklahoma and Utah, retain the option of using a firing squad to execute a prisoner. Eight states have the option of electrocution, five have the gas chamber, and three allow for hanging, if necessary. Lethal injection remains the primary method of execution in 31 out of the 33 states that have the death penalty, as well as by the US military.

Currently, there are 47 inmates on death row in Mississippi.

Last year, 20 death-row inmates were executed in the US, and 30 more were sentenced to die.

Since the death penalty was reinstated in 1976, over 1,200 people have been executed in the United States. Some 36 percent those executions have taken place in the state of Texas.

Capital punishment is practiced in only 37 countries worldwide. The United States is one out of just five industrialized nations that are considered ‘democracies’ that continues to execute people.