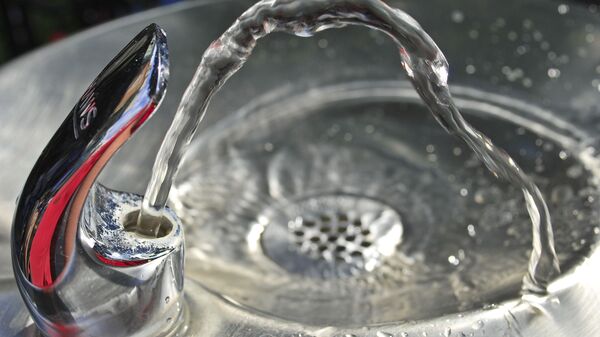 © Flickr / Martina Yach
Subscribe
International
India
Africa
With over a quarter of its population affected by the drought conditions, India has turned to the locally developed Low Temperature Thermal Desalination (LTTD) for conversion of sea water into drinking water.

NEW DELHI (Sputnik) — India's National Institute of Ocean Technology (NIOT) has tested and demonstrated the Low Temperature Thermal Desalination (LTTD) technology devised by the government funded Bhabha Atomic Research Centre (BARC) and the government intends to set up desalinations plant based on the technology in many coastal areas.

With Internet But Without Drinking Water: Rural Life in Southeast Turkey

Dr Jitendra Singh, Union Minister looking after the Department of Atomic Energy informed the Parliament recently that a sea water desalination plant will soon be set up in Coastal Odisha in the country's east.

"Department of Atomic Energy (DAE) is putting up a 5000 cubic meter per day seawater desalination plant in Odisha's coastal district of Ganjam, adjacent to Gopalpur through Memorandum of Understanding between Bhabha Atomic Research Centre (BARC) and Indian Rare Earths Limited (IREL), a Public Sector Undertaking under DAE. The site at Ganjam District, Odisha has been considered since it is located on the coast line of Bay of Bengal (only 750 meters away from shore line) and a drought prone zone facing acute water shortage," he said.

Similar plants are also coming up at Lakshadweep islands in the Arabian Sea.

"Three desalination plants, based on LTTD technology have been successfully commissioned by NIOT one each at Kavaratti, Minicoy, and Agatti islands of the Union Territory of Lakshadweep. The capacity of each of these LTTD plants is 0.1 million litre of potable water per day. The Lakshadweep Administration requested for setting up of similar LTTD plants of 0.1 million litre of potable water per day capacity in remaining six islands. The Ministry of Drinking Water and Sanitation is dealing with this request. NIOT is providing technical support for the implementation," Minister for Science and Technology, Dr. Harsh Vardhan said while replying to a query in Parliament.

This is not the first time that the Indian government has considered conversion of sea water into potable water as a solution to the country's water woes.

In fact, India's southern city Chennai hosts the world's largest nuclear desalination plant which can produce 4.5 million liters per day (MLD) of distilled quality water from sea water. But the desalination techniques presented and tested from time to time have often been a matter of debate, especially on their cost effectiveness.

However, constant research and development has resulted in rapid advancement of the technology and sea water can now be reclaimed by passing it through reverse osmosis membranes. The LTTD technique is touted to be safest and the cheapest method.

According to the cost estimates made by an independent agency for LTTD technology, the operational costs per litre of desalinated potable water is about US$ 0.01 for island based plants.

Over the past two years, due to weak rainfall, reservoirs, ponds and wells have dried up in many parts of the country, causing acute water shortages. The situation has forced authorities in some Indian states to ration drinking water and use trains to transport fresh water to certain drought-ravaged areas.