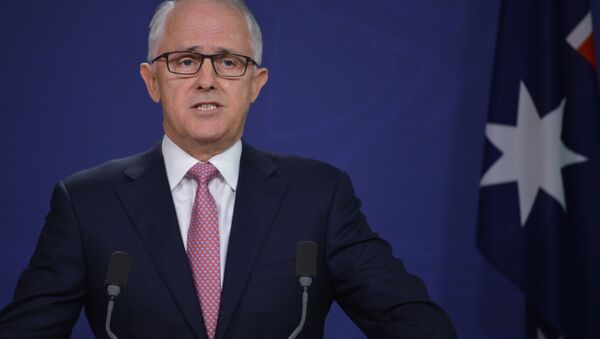 Throughout 2017 Australian Prime Minister Malcolm Turnbull has endured a rough time of it, careening from blunder to blunder. However, while his gaffes have provoked much ridicule, an Australian politics expert has told Sputnik the real reason for his collapsing popularity is altogether more serious - the rise of right-wing extremism in Australia.

On Friday, February 11, Prime Minister Turnbull may breathe a sigh of relief, grateful for a politics-free weekend, after enduring a hellacious fortnight. On January 31, he announced he'd struck a deal with US President Donald Trump to exempt Australian citizens from travel restrictions — before it emerged no such deal existed, and Australians were subject to the same immigration rules as any other Western nation.

Then, the "refugee swap" deal he agreed in 2016 with then-President Barack Obama, which would see Manus and Nauru island refugees resettled in the US, was slammed by President Trump and canceled.

Do you believe it? The Obama Administration agreed to take thousands of illegal immigrants from Australia. Why? I will study this dumb deal!

Mr. Turnbull rushed to salvage the deal in a telephone call with President Trump, at the conclusion of which the premier reassured Australians the agreement had been successfully rescued. Anonymous White House sources responded by briefing mainstream US media outlets that the call was "by far the worst" President Trump had had with a foreign leader since taking office. In it, President Trump was alleged to have said he thought the deal was "the worst ever" and amounted to "terrorist exportation," before abruptly ending the conversation halfway through its allotted runtime. 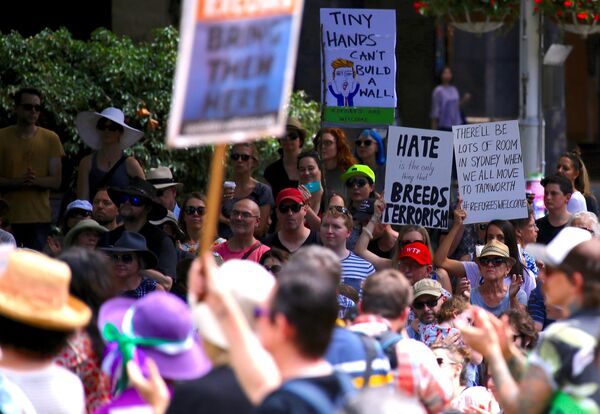 Protesters hold placards as they stand together in Sydney, Australia, February 4, 2017 during one of several rallies across Australia condemning US President Donald Trump's order temporarily barring refugees and nationals from seven countries and demanding an end to Australia's offshore detention of asylum seekers.
© REUTERS / David Gray

Emulating the populist rhetoric of Donald Trump's Presidential campaign, Senator Bernardi said Australian voters needed "another way," and that the party would stand on a platform of "lower taxes, better outcomes for families, fostering enterprise, restricting the scope of government and building society."

Michael Dutton, a professor of politics at Goldsmiths University, says Bernardi isn't the only Australian politician riding to prominence on a wave of mainstream disillusionment.

Ten years ago, when Mr. Dutton resided in Australia, the One Nation party was regarded as extremist — now, he says it's "legitimate and mainstream."

"Mainstream parties the world over are struggling to come to terms with voter discontent, and Australia is no different. There, the gap between parties has narrowed significantly in recent years — both the Liberals and Labour adhere to similar models of globalization and economic organization, which don't take into account the problems of people losing jobs, or being reemployed in jobs they feel are beneath them. Getting back from that requires root and branch re-examination of the way parties are going," Professor Dutton told Sputnik.

For Mr. Dutton, Australian politics has long failed to take into account complaints emerging from extremes, and these concerns have now been picked up by the far-right in a populist way, their untapped energy, mobilized by politicians such as Senator Bernardi. 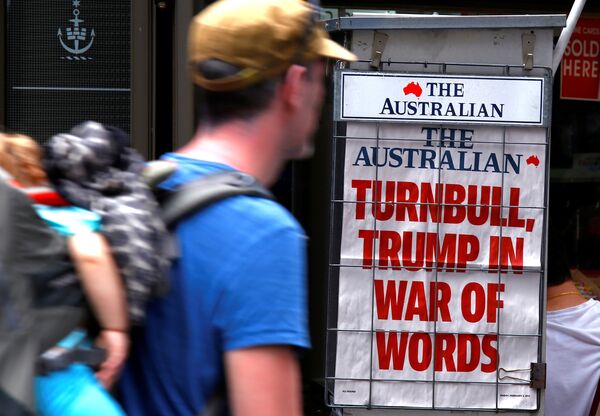 He added that while this trend has been burgeoning for a number of years, and was at first capitalized upon by left-wing movements such as Podemos in Spain and Syriza in Greece, the mood has now been completely hijacked by the right.

"People haven't felt strongly about politics for years — they've been alienated from the political system, and in turn, marginalized it themselves. As governments have shrunk, so has interest in politics. However, now that alienation has translated into disenchantment," he concluded.

Mr. Bernardi claims over 50,000 have already signed up to the party online, and he will be looking for more recruits on Australia's parliamentary benches. If he's successful, Prime Minister Turnbull could well be in trouble — just one more defection will leave his government in minority territory.