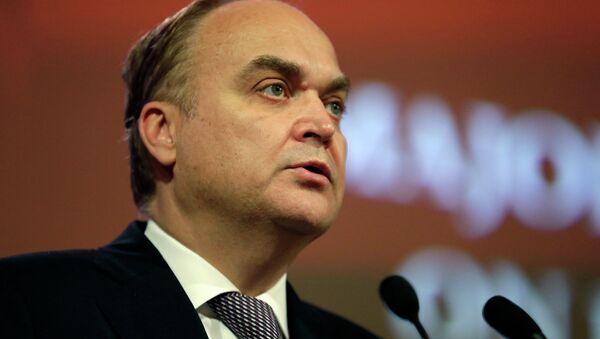 According to the media, the decision to appoint Antonov, who is considered to be an advocate of taking a hrad line toward the United States, was made in autumn 2016, with Moscow believing Hillary Clinton would win the US presidential elections. However, despite Donald Trump becoming the President of the United States, Antonov still remains the top candidate for the office, the sources told Kommersant.

Russia
Kremlin Comments on Reports of FBI Wiretapping Calls of Russian Ambassador
One of the sources, however, mentioned that other candidates are being considered as well, with a source close to Antonov himself claiming the information was not true, Kommersant added.

Antonov graduated from the Moscow State Institute of International Relations University (MGIMO) in 1978 and spent over 30 years in the Foreign Ministry, with his work being focused on issues of security and disarmament. In February 2011 Antonov became Deputy Defense Minister. He was appointed Deputy Foreign Minister on December 28, 2016.

Current Russian Ambassador to the United States Sergey Kislyak was appointed in 2008. He has served as Deputy Foreign Minister since 2003.