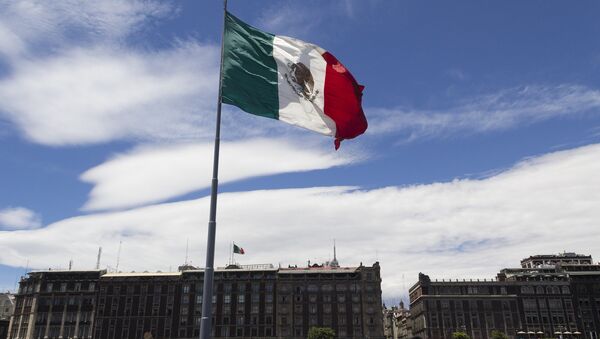 "We've already had seven rounds of negotiations, and another round will be held in the coming weeks, we have agreed to speed up the process of searching for specifics of this agreement," Videgaray said following the meeting with his Turkish counterpart.

Mexico’s Economy Secretary Ildefonso Guajardo said this week that his country was planning to extend the current trade agreement with the European Union.

Mexico Sending Over $40 Million to Help Its Immigrants in US
According to Guajardo, Mexico has launched free trade negotiations with Australia, Brunei, Malaysia, New Zealand, Singapore and Vietnam following the US withdrawal from the Trans-Pacific Partnership (TPP) free trade treaty.

Luis Videgaray has also talked with his British counterpart Boris Johnson over the phone, discussing cooperation and trade.

On January 23, the US president signed an executive order withdrawing the United States from the TPP free trade treaty, and promised to renegotiate NAFTA.

The foreign ministry also announced that Mexico will begin a formal 90-day process of consultations with the private sector to fix the parameters for renegotiation of the North American Free Trade Agreement (NAFTA) with the United States and Canada.