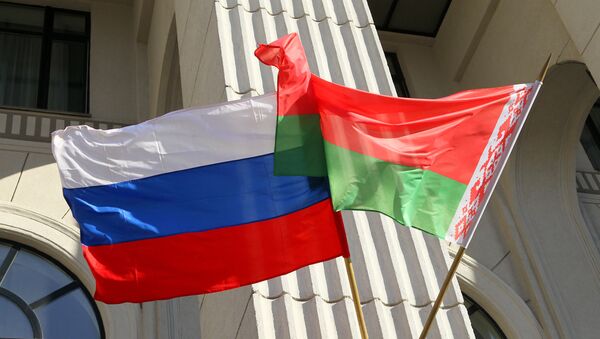 The discord between Russia and Belarus might be caused by economic issues amid the period of the two economies' adaptation to each other under the Eurasian Economic Union, first deputy chair of the Russian Federation Council's Committee on Foreign Affairs Vladimir Jabarov said Friday.

MOSCOW (Sputnik) — Earlier in the day, Belarusian President Alexander Lukashenko accused Russia of violating international agreements related to the introduction of border zones on the border with Belarus. Jabarov suggested Lukashenko was misinformed, since the border zones have existed for two years already.

Kremlin Says Russia Provides Belarus With 'Huge Economic Assistance'
The Belarusian president also said they would file lawsuits against Russia over oil delivery cuts and against head of Russian agricultural watchdog Rosselkhoznadzor for "hindering" supplies of Belarusian foodstuffs to Russia.

Moscow considers Lukashenko’s claims incorrect and said the restrictions were in line with international trade rules. The Kremlin believes all disputed issues should be resolved by means of business talks.

Jabarov stated that economic reasons could be the key reason of the ongoing spat between the countries.

"Economic issues could be a reason for disagreement between Belarus and Russia. The inevitable process of adaptation of our economies to each other under the Eurasian Economic Union is underway. These are common problems, that occur and must be solved in due course," Jabarov told reporters.

The sides have been in standoff over oil and gas prices since the beginning of 2016, when Minsk said the price for Russian natural gas was unfair and unilaterally began to pay less. Russia, in turn, announced the reduction of duty-free oil supplies to Belarus linking it in particular with underpayment for the gas.