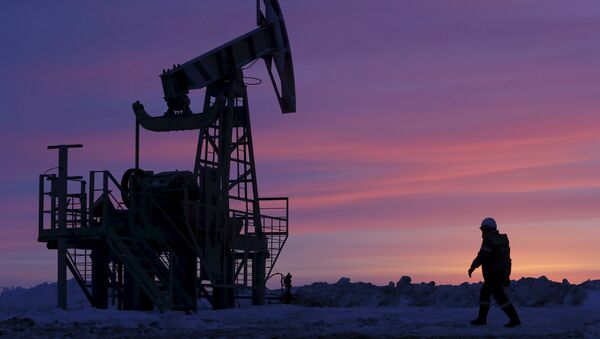 © REUTERS / Sergei Karpukhin
Subscribe
Russian Energy Minister Alexander Novak did not rule out Thursday that the reduction of Russia's oil production could take place at a faster pace.

"We expect that the plans the companies initially submitted will be implemented. This is the most basic point. It is possible that they will be [implemented] at a faster pace. It depends first of all on the companies themselves, on the investment policy," Novak told reporters.