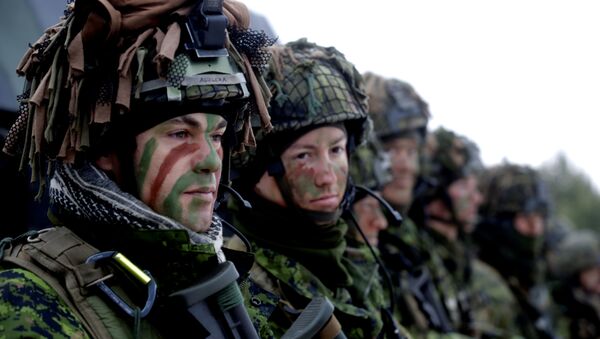 The first troops of NATO’s enhanced Forward Presence (eFP) battalion battle group will arrive in Lithuania at the beginning of February, the country’s Defense Ministry said in a statement Thursday.

MOSCOW (Sputnik) — According to the statement, a part of the eFP troops from Belgium, Germany and the Netherlands already deployed in the Baltic country together with the US and Czech rotation troops would line up for a formal welcoming ceremony at the Lithuanian Great Hetman Jonusas Radvila Training Regiment.

"On February 7 President of the Republic of Lithuania HE Dalia Grybauskaitė will welcome the first troops of the NATO enhanced Forward Presence (eFP) battalion battle group and allied rotational force upon their deployment in Lithuania," the statement read.