'Europeans are Influenced by Threats Created by NATO' to Maintain Funding 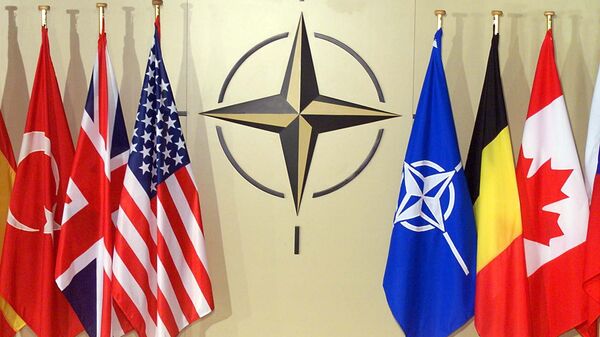 © AFP 2023 / OLIVIER MORIN
Subscribe
International
India
Africa
More than half of the respondents in six European countries believe that Europe needs NATO and the United States to defend itself, according to a new poll conducted by IFop Research Company. In an interview with Sputnik, Turkish political analyst Barış Doster said that Europeans are influenced by threats created by NATO to maintain funding.

Is There Any Reason for NATO's Existence After USSR Collapse?
“The results of the poll indicate that the Cold War-era belief that NATO is out there to defend Europe is still alive,” Barış Doster told Sputnik Turkey.

He added that the mere fact that such an “expansionist military instrument of US imperialism as NATO aimed at seizing ever new territories” is still seen by so many Europeans as their defender, “means that the Alliance has managed to hide its aggressive face from European and American public.”

Barış Doster also mentioned the success of attempts to add a flair of legitimacy to NATO in the post- Cold War period.

“With the Cold War finally over, they invented all kinds of  imaginary threats and challenges, like international terrorism, political Islam, human rights violations, arms trafficking etc. to justify NATO’s continued existance and give it an aura of legitimacy,” he noted.

“Convinced about the need for NATO protection, many Europeans fell under the influence of a plethora of threats and challenges some of which were invented and others were partly stimulated by NATO in its bid to stay afloat,” Barış Doster said in conclusion.

Less Than 50 Percent of Americans See Value in Role of NATO - YouGov
According to the survey conducted exclusively for Sputnik, 65 percent of the surveyed in Poland and Italy each thought the European Union needed the help of NATO and the United States, 63 percent of the Germans, 56 percent of the Spanish, 53 percent of the French and 54 percent of UK respondents shared their belief. Among US respondents, less than a half, or 48 percent, thought Europe cannot defend itself on its own.