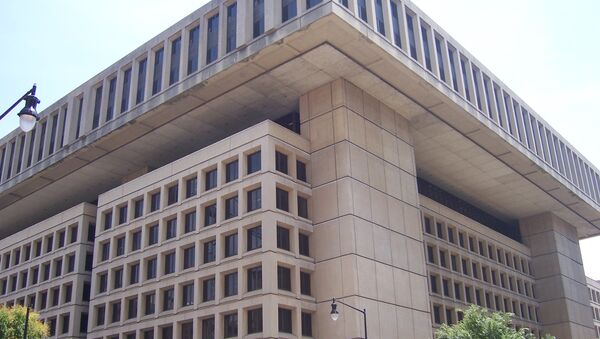 © Flickr / John Holcomb
Subscribe
The US FBI agents are advised to investigate into those US citizens who could be recruited as informants.

FBI Has More Than 1,000 Ongoing Anti-Terrorism Investigations
MOSCOW (Sputnik) – The US Federal Bureau of Investigation (FBI) agents are advised to investigate into those US citizens, who were not suspected of committing crimes but who could be recruited as informants, The Intercept website reported referring to confidential FBI policy documents it had obtained, adding that minors can be also targeted as informants.

"Before approaching a potential informant, agents are encouraged to build a file on that person, using information obtained during an FBI assessment, including derogatory information and information gleaned from other informants… FBI agents may recruit minors as informants," the website said Tuesday reviewing the FBI document dubbed "Confidential Human Source Policy Guide."

According to other secret documents, obtained by The Intercept, the FBI has also wide powers in regard of spying on journalists, for example, agents need an approval from only two internal officials to obtain a journalist’s phone records.

According to the website, the number of FBI informants has surpassed 15,000 since the September 11, 2001 terror attacks.