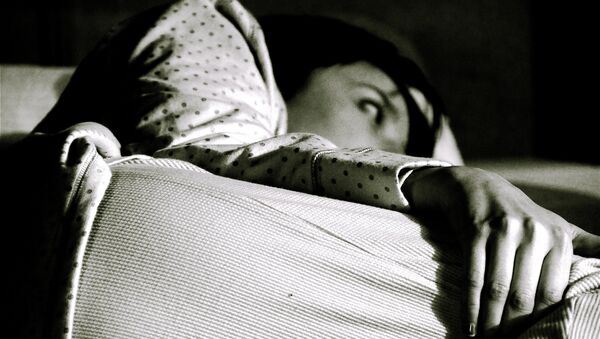 A UK Parliament Home Affairs Select Committee presented its findings in a report titled, Asylum Accommodation, which revealed the harsh and shocking conditions refugees were living in.

The advocacy charity Migrant Voice, compiled a dossier on the squalid conditions, which the Committee used when putting together their damning report.

Focused on dozens of respondents in Birmingham and the West Midlands, the report revealed cases of routine disrepair, lack of hygiene, and inappropriate behavior from officers acting for housing providers. Migrant Voice documented accounts of hundreds of refugees who outlined the poor and uninhabitable conditions they have had to live in.

One respondent said that if it were not for the accommodation, they would have to live on the streets, however the infestation of rats in the property was so bad that the only good thing about the flat was that it "had a roof."

Many of the refugees have come from Syria — desperate to get away from a country torn by war means that they are willing to live anywhere and put up with nearly anything. However, the respondents have said that given the conditions they now live in they would rather return to Syria, than stay in the infested accommodation.

"Currently I experience a horde of flies because of dead rats in the kitchen, bed bugs in my room, rats in the house, although I keep it clean," one respondent said.

Why have things gone so, so wrong in the housing of people seeking refuge in the UK? @donne_mark investigates: https://t.co/BMrRgC2Bl0

​"We have rats and mice and flies. The flies were having a party. There are files everywhere, ants and worms coming out of sofa and the walls. It's very unhygienic," another respondent added.

Robina Qureshi, Director of Positive Action in Housing, a charity that focuses on UK asylum seekers told Sputnik that she is not surprised by the Committee's report, saying that the condition of housing provided to refugees has always been poor, which is why it comes as no surprise.

"We've had people seeking refuge from Afghanistan and they have gone to complain that they don't have hot water and the staff say, 'Well, you don't have that in Afghanistan, so why do you want it here?' " Qureshi told Sputnik.

"This Westminster report is too little too late. It's another report to make people feel good perhaps, but this has been going on for years… It shows you that people can behave with impunity.

"Wherever you have a situation that involves health, education, housing and certainly in this case, where there are vulnerable people, private landlords have got to skim off their profits, so what they tend to do is treat refugees — the most vulnerable in our society — in the worst possible way, to extract the profit that they want to have," she added.

However, Robina Qureshi believes that the government intends for people to be treated in a "torturous way under the asylum process," that they would treat people in a way that is less then human — this means it never ends, as we continue to see poor housing conditions, and people ending up destitute for months and even years.

Qureshi's organization Positive Action in Housing, has operated a program to host refugees across the UK. In the last 12-18 months, they have provided over 25,000 night shelters for refugees at risk of destitution.

"I will be honest with you, I have no trust in the UK Home Office, no trust in the current government, particularly given how the UK Prime Minister, Theresa May shamed the country in front of the so-called US president […] You can see how far-right the country has gone when you see that kind of behavior from a British PM, colluding up to a man who is compared to Hitler right now," Qureshi told Sputnik.

000000
Popular comments
Globalists are shipping these people in like sardines in a can and the last thing on anyone's mind is whether they should be in the West in the first place, let alone whether there's anything for them when they arrive. If there is, why is Londonistan a rat-infested slum and Malmo a place where 60% of migrants are jobless? The migrants come here to the West expecting women, a house, and a job- in that order. What they get in reality is a hovel in some crime-ridden ghetto where cockroaches compete with sex offenders for control of migrant accommodation.