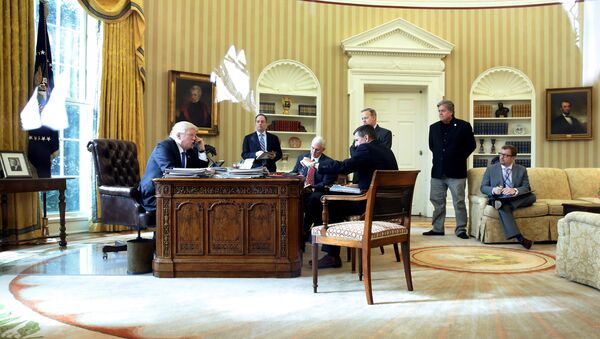 © REUTERS / Jonathan Ernst
Subscribe
International
India
Africa
Donald Trump's recent executive order has sparked a heated debate both in the US and abroad. While some lambast the US President for what they call a "Muslim ban," others argue that the temporary ban on admission of refugees will add to the country's security.

Muslims Not Targeted in Trump's Immigration Order - US Presidential Adviser
US President Donald Trump's executive order has prompted some US politicians and mainstream media pundits to dub it a "Muslim ban."

It is no secret that during his election campaign Donald Trump called for "a total and complete shutdown of Muslims entering the United States until [the US'] representatives can figure out what is going on."

However, the executive order signed last Friday does not contain the word "Muslim" in it, furthermore, the measure is temporary, Trump's supporters argue.

Nevertheless, asylum seekers from seven Muslim-majority countries have been banned from entering the US since Friday night.

The executive action, entitled "Protecting The Nation From Foreign Terrorist Entry Into The United States," was inked on January 27 suspending the US refugee program for 120 days and banning Syrian refugees until "sufficient changes have been made to the USRAP" (United States Refugee Admissions Program).

In addition, it prohibits entry to the US for nationals from six other Muslim-majority counties — Iran, Iraq, Libya, Somalia, Sudan and Yemen — for at least 90 days. 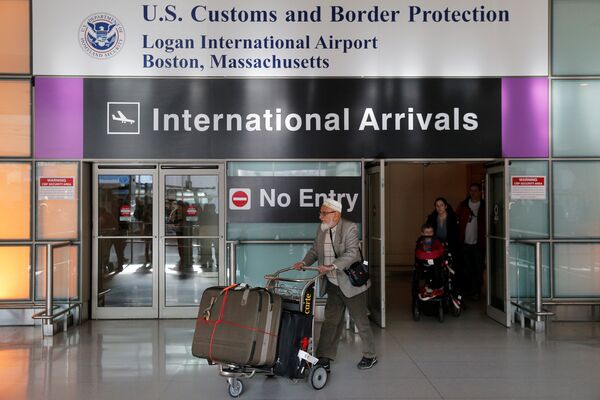 The controversy over the executive action rages on.

US House of Representatives Democratic leader Nancy Pelosi branded the order as illegal and immoral and called on Trump to withdraw it during a Monday rally.

"Our [US] president [Trump] has stooped low in this order. We here tonight ask the president to withdraw this unconstitutional order," Pelosi told reporters and lawmakers.

Commenting on the measure, another member of the Democratic Party Senator Chuck Schumer tweeted on January 27: "There are tears running down the cheeks of the Statue of Liberty tonight."

There are tears running down the cheeks of the Statue of Liberty tonight. pic.twitter.com/X6q40dMCsN

​Trump's reply was not long in coming.

"Only 109 people out of 325,000 were detained and held for questioning. Big problems at airports were caused by Delta computer outage, protesters and the tears of Senator Schumer. Secretary Kelly said that all is going well with very few problems. MAKE AMERICA SAFE AGAIN!" the US President responded to mounting criticism.

Only 109 people out of 325,000 were detained and held for questioning. Big problems at airports were caused by Delta computer outage,…..

protesters and the tears of Senator Schumer. Secretary Kelly said that all is going well with very few problems. MAKE AMERICA SAFE AGAIN!

It was reported that in Tokyo and London people took to the streets protesting against the so-called "Muslim ban" in the US.

According to David French of National Review magazine, a veteran of Operation Iraqi Freedom, Trump didn't implement the "Muslim ban" he talked about during his presidential campaign.

"Did he implement his promised Muslim ban? No, far from it. He backed down dramatically from his campaign promises and instead signed an executive order dominated mainly by moderate refugee restrictions and temporary provisions aimed directly at limiting immigration from jihadist conflict zones," French argues.

Black Irony Behind Trump's Banning Refugees From Seven Muslim Countries
The journalist called attention to the fact that the order is aimed at improving the vetting process and halts refugee admission for just 120 days.

He noted that the decision to cap refugee admissions at 50,000 per year is by no means draconian.

As for Trump's decision to put an indefinite hold on admission of Syrian refugees to the United States "until such time as I have determined that sufficient changes have been made to the USRAP" (US Refugee Admissions Program), it is merely a return to the Obama administration's refugee policy toward Syrians from 2011 to 2014, the journalist explained.

"For all the Democrats' wailing and gnashing of teeth, until 2016 the Obama administration had already largely slammed the door on Syrian-refugee admissions," French noted. 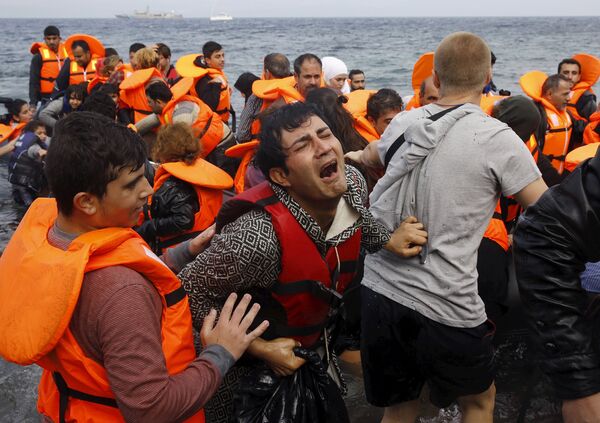 A Syrian refugee cries while disembarking from a flooded raft at a beach on the Greek island of Lesbos, after crossing a part of the Aegean Sea from the Turkish coast on an overcrowded raft, October 20, 2015
© AP Photo / Yannis Behrakis

The journalist argues that the measure does not target Muslim countries specifically. Those being barred from entering the US are travellers either from the countries "torn apart by jihadist violence" or from the states "under the control of hostile, jihadist governments," French explained. He didn't specified however, into which group he included Iran.

Still, the future of legally permanent US residents from the aforementioned Muslim states remains unclear.

"There are reports that the ban is being applied even to green-card holders. This is madness," French wrote in his article.

However, a senior White House official later clarified that green card holders who had left the US and wanted to return to the country, "will be allowed to re-enter the United States pending a routine rescreening," Reuters reported.

According to French, the measure is aimed at ensuring the US' security in the first place and shouldn't be called discriminatory.

Presidential foreign policy adviser Walid Phares echoes French. Speaking to Sputnik, Phares underscored that Muslims in general are not targeted by the much discussed order.

"It is clear that the measures taken by the Trump administration are not directed at representatives of any specific faith or race or ethnic group, they are not against Muslims or Muslim countries. Trump made this decision to fight terrorism. The strategy is prevention of mixing of migrants and terrorists. France, Germany, the United Kingdom have already suffered because of this," Phares said.

Needless to say, that the measure has prompted concerns in Iran.

Iran warned the US that Tehran will stop issuing entry visas to US citizens in response to the US executive action.

"Our response is this: we will not issue visas to Americans who want to visit Iran," Mohammad Javad Zarif told a press conference Tuesday.

For its part, the Kremlin signaled that it does not intend to evaluate the actions of US President and added that the measure is "an internal affair of America."

"We are not qualified to evaluate the US president's actions. Once again, this is an internal affair of America. We judge only by the attitude [toward Russia] shown during the recent phone conversation, which satisfies us," Kremlin spokesman Dmitry Peskov said Tuesday.