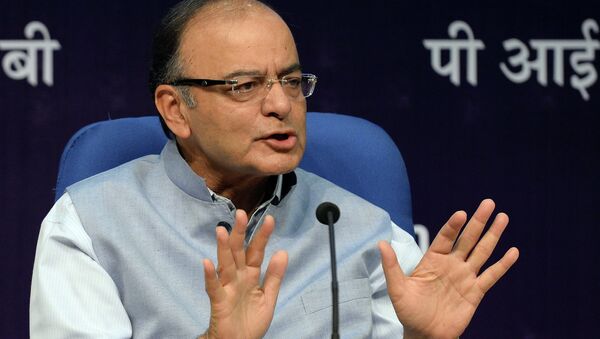 Global rating agency Standard & Poor’s ruling out any ratings upgrade for the country for a considerable period has reportedly irked Prime Minister Narendra Modi’s government whose chief economic adviser Arvind Subramaniam has drafted the Economic Survey document. An annual exercise, the survey is tabled in Indian Parliament a day before the Union budget presentation. It gives a broad outline of the economic situation in the country as well as a roadmap for various sectors along with challenges.

Indian Economy to Remain Among Fastest Growing in 2017 - Moody's
Last October, led by New Development Bank president K.V. Kamath, BRICS nations expressed concerns over methodologies of the three global agencies (S&P, Fitch, Moody’s) saying that these constrain growth in emerging nations. He had said that ratings of multilateral banks like the BRICS-promoted NDB were affected by the parent countries’ ratings, despite having deep capital buffers.

India's Economic Survey further questioned the methodology based on ‘contrasting experiences’ of India and China in the last two years. It said Chinese credit expansion in 2009 pushed the credit-to-GDP ratio higher by 63 percentage points of GDP, which was much higher than India’s credit-to-GDP ratio.

“At the same time, Chinese growth slowed down from over 10 percent to 6.5 percent. How did S&P react to this ominous scissor’s pattern, which has been acknowledged universally as posing a serious risk to China, and indeed the world? In December 2010, S&P raised China’s rating from A+ to AA and it has never adjusted it since, even as the credit boom has unfolded and growth has experienced a secular decline,” the survey pointed. “In contrast, India’s rating has remained stuck at the much lower level at BBB-, despite the country’s dramatic improvement in growth and macro-economic stability since 2014.”

The survey also pointed out the S&P’s AAA rating to mortgage-backed securities in the US, which eventually triggered the sub-prime crisis and economic recession in 2008.

The survey noted that emerging markets are struggling, but India has a strong growth trajectory, which coupled with its commitment to fiscal discipline exhibited over the last three years suggests that its deficit and debt ratios are likely to decline significantly over the coming years.

It is in this context the BRICS push for a rating agency for emerging markets is likely to gain greater traction and fresh impetus among developing economies.