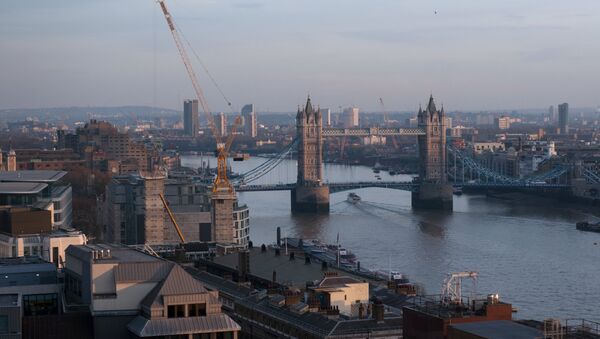 © Sputnik / Dmitry Parshin
/
Go to the mediabank
Subscribe
International
India
Africa
Thousands of UK residents took to the streets of the British cities on Monday expressing their discontent with the travel ban on citizens of seven Muslim-majority countries imposed by administration of new US President Donald Trump, local media reported.

MOSCOW (Sputnik) – The rally in London, which was organized by columnist and political activist Owen Jones, is taking place outside Downing Street 10, the office of UK Prime Minister Theresa May, the BBC reported.

According to the rally’s Facebook page, over 28,000 people including former leader of the UK Labour Party Ed Miliband and famous singer Lily Allen were going to take part in the protests.

Dems Protest Trump Travel Orders, Did Not Object to Obama Bombing Same Countries
Anti-Trump demonstrations are also taking place in Manchester, where around 3,000 people gathered to express their dissatisfaction with Trump’s policy, as well as in Glasgow, Cardiff, Newcastle, Oxford and 30 other towns and cities.

On January 27, Trump signed an executive order "Protecting The Nation From Foreign Terrorist Entry Into The United States," which suspends entry to the country for all nationals of Iran, Iraq, Libya, Somalia, Sudan, Syria and Yemen for 90 days.

The decisions caused massive outcry in the targeted countries as well as in the European Union. Over 1.4 million people signed an online petition at the website of the UK Parliament and government demanding to prevent Trump from making a state visit to the United Kingdom.